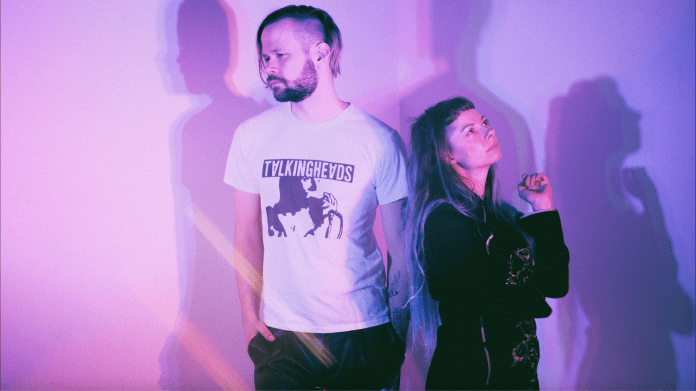 Canadian indie alt-rock band The Royal Foundry have just released their latest track, “Listen to the Beat” – an upbeat alt-pop track that transports listeners to memories of nights that never end. We caught up with the band to chat about their musical influences, the coolest show they’ve played, and the one album they can’t get enough of right now.

From the Strait: Tell us about the new single, “Listen to the Beat”.

The Royal Foundry: ‘Listen to the Beat’ was partially written while on a looooong drive back to Canada from Nashville. We were trying to keep each other up somewhere in the middle of nowhere, North Dakota by playing voice memo’s we’d collected over the past few months. When we came to this particular memo, we just played around and goofed off, and started singing what is now verse 2 of this song. From there when we got back to our studio in Canada, it was the first song we dove into and thinking about our live shows and even more now how much we miss it, inspired the song greatly.

The Royal Foundry: Besides the obvious classics of The Beatles, YES, Bruce Springsteen, Bob Dylan, Supertramp, David Bowie….and those discovered in my youth of Radiohead, The Killers, Joy Division, Nico Case, The Smiths, U2….just so many. They are all constant, not only do they bring incredible nostalgia but they’ve shaped who I am today and how I consume music. The list is LONG for my music influences that are before my time or when I was growing up, but my more current influences go through a lengthy trial before they can be inducted in my hall of fame. Those on my current list are Arcade Fire, The National, Foster the People, Fun, Jose Gonzalez, Alvvays, Metric. We like to sit with whole Albums, digest them, play them on repeat until we can fortify our thoughts on how they become a part of who we are. Maybe it’s because I am older and have matured my palette for music, or maybe the way I let music change me has been dampened because I’m getting older, whatever it is, it’s different.

The Royal Foundry: Pang’ by Caroline Polachek, and ‘Scratch my Back’ by Peter Gabriel

The Royal Foundry: Easy – a house concert in the middle of suburbia just outside Ottawa. It’s this incredible music lover and beer maker who has a band come play in his basement to 100+ of his closest friends and its nuts and at one point during our show everyone started hitting the ceiling and walls and it sounded like the whole house was going to collapse on us. It scared the shit out of us, but turned into this rager that I can’t even begin to describe how crazy that night was.

FTS: What’s next for The Royal Foundry?

The Royal Foundry: New music, new videos, new album, new tour, new set, new live show. We are so excited for what is to come. We cannot wait to get back on the road and see new people and old friends and get back to normal. We are so lucky to have such an amazing fan base and seeing the love for this new single has given us the drive to get back on the road and to release new music, so stay tuned for all things new for The Royal Foundry!

Check out the latest track from The Royal Foundry, “Listen to the Beat”!