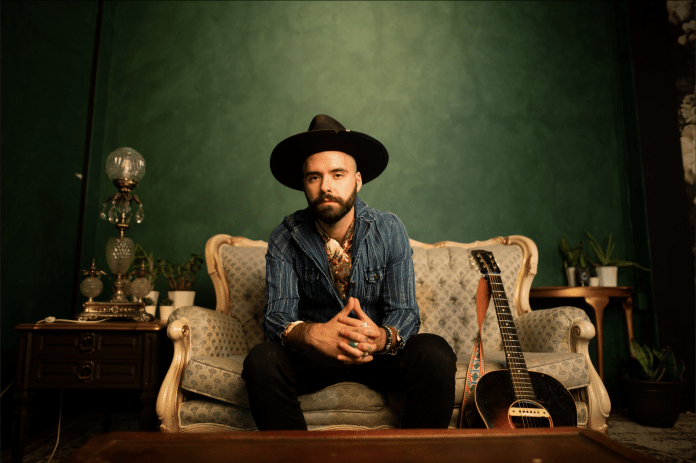 Canadian singer-songwriter, multi-instrumentalist, and producer, Conor Gains is known for his critically acclaimed, genre-spanning work. With the recent release of his new single, “Lightning”, we had a quick chat with Conor to discuss the new song, what made him want to become a musician, and the Canadian artists he’s listening to most these days.

From The Strait: Tell us about the new single, “Lightning”.

FTS: What first influenced you to become a musician?

Conor Gains: I remember playing my first show and making a hundred bucks and thinking “hey this is way better than doing some job I hate”. Back then it was all Led Zeppelin that did it for me. That music shook me and started a fire inside me.

Conor Gains: Well, that is a tough question because you’d think you would want to have your idols there. But then again playing music that you have borrowed and slightly molded into your own and then taking it back for the original artists would be similar to buying Nike shoes and then making you own shoe that is similar and inspired by Nike and then showing Nike hey this shoe is my homage to you, They would likely just sue you and be on with it.
That being said, I would love to play for Willie Nelson.

Conor Gains: I am going to continue making songs. Hit the road for a while, Rinse and repeat.