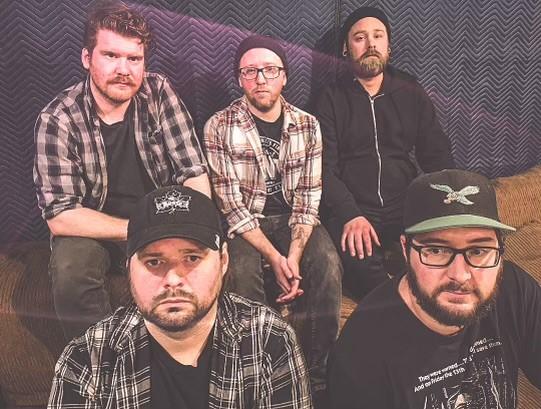 If you haven’t heard of The Northwest yet, here’s your chance to fix that. They’re already creating a lot of buzz with their brand of indie/alt rock (including their previous single being featured on Hockey Night in Canada). Their latest single “Shoreline” has a fresh yet familiar vibe to it, offering strong melodies with a wall of guitars, bass, drums and synth. We caught up with the band to chat about the song, their creative process, and what sets The Northwest apart.

From The Strait: Tell us about the new single, “Shoreline”.

The Northwest: ‘Shoreline’ was inspired by an episode of the show Band Of Brothers. It’s a song about commitment to a cause and banding together to make it through a difficult time and place – It may end but we are going all in to fight another day. I started writing this in the spring/summer of 2019, I think I had a different chorus for that song like every other month haha. Anyways with the down time from 2020 – 2021 I would spend some time demo it tweak things. The chorus that we ended up using was inspired by Fleetwood Mac’s ‘Seven Wonders’ – when I heard that chorus it helped shape the Chorus to Shoreline.

The Northwest: I normally get an idea for a melody and just use random words. I utilize voice memos and try to record any idea I have and circle back to it. Or if I am playing I will build the progression and start singing random melodies. So just let it happen naturally. We also record riff ideas and build from it as well. At the end of the day voice memos are key hahah.

FTS: If you could tour with any band (any genre) would it be and why?

The Northwest: That’s a hard question haha – I am going to pick The Gaslight Anthem or Matt Mays

FTS: You’ve had your music featured on Hockey Night in Canada – what was that experience like?

The Northwest: It was a big moment for us hahah a big win! We have always had a wish list of what we would like to happen and that was for sure a dream come true.

FTS: What sets The Northwest apart as a band?

The Northwest: We have a sound I feel that’s familiar but also very fresh – a very organic rock and roll sound made by 5 guys with a very strong bond. I feel like being from Northern Ontario we have no choice but to write songs and hone our sound all winter then play as much as we can during the summer!

Check out the lyric video for “Shoreline”, the latest single from The Northwest!