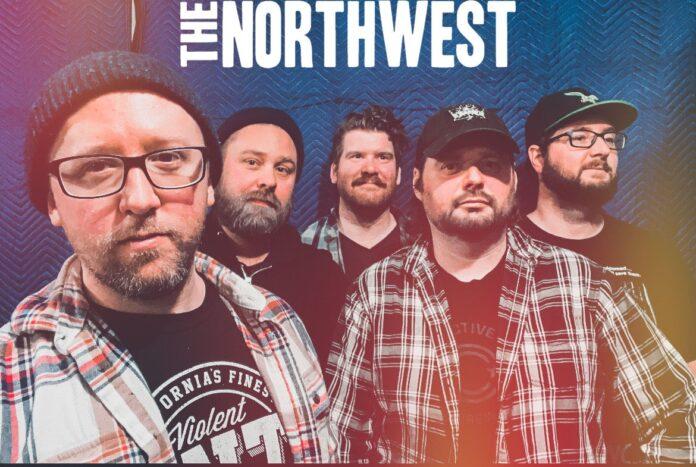 Canadian indie rock band The Northwest have just released their self-described “post-lockdown summer anthem”, entitled “Long Hair (Longer Nights)”. We caught up with them to chat about the new song, how they got together, and which Canadian bands they’ve been diggin’ lately.

From the Strait: Tell us about your new single, “Long Hair (Longer Nights)”.

The Northwest: Long Hair was written during the first lockdown and is about all the tension and anxiety that came with it and wanting to break free. There was quite a bit of voice memo trading as we couldn’t actually get together to jam but we managed to woodshed it until restrictions eased and we could rehearse. It is definitely meant to be fun, bring people together and to be played LIVE!

FTS: How did The Northwest get together?

The Northwest: Wayne (vocals/guitar) and Mike (guitar) knew each other from the music scene and between songs at a Broken Social Scene show decided that the next project should be together and should sit somewhere between indie, alternative and punk (this ended up coming around full circle with us as Bill Priddle produced our record who collaborated on the first two BSS records). Once we had the inception for the band, we called up our other music scene buds Greg (guitar/vocals), Mike (bass) and Marc (drums) and started writing away!

The Northwest:
Wayne – hahah for sure undeniable pull. I loved to perform at a young age and be the center of attention. I loved to dance, rhythm came natural to me. I remember I was obsessed with my parents music collection too – I was a big fan of La-Bamba (the story of Ritchie Valens) at a young age, like 5 years old. My grandfather had an acoustic and this old silver tone electric from the 50’s. I found that one day while exploring at their house. I would mess around and try to play/pretend to play it. Around that time my older cousins Brad & Chris introduced me to Green Day (Dookie) and Nirvana. That opened the door to start my own music collection. My grandfather also gifted me his guitar soon after and just knew I wanted to make music and discover new music.

The Northwest: PUP, The Dirty Nil, Sam Coffey and the Iron Lungs, The Wilderness, The Flatliners, Seaway, Casper Skulls, Dooms Children, Japandroids, Honest Heart Collective, Matt Mays, Arkells…honestly we listen to mostly Canadian bands because there is a TON of creativity and talent in this country!

FTS: What’s next for The Northwest?

The Northwest: Well, today we heard they are going to use our song on Hockey Night in Canada during the Leafs game so, watching the Leafs game for sure! We have a few more singles off our upcoming EP ‘ALL IN’ (out on June 10th) to promote and we are booking gigs for the next coming months.

Check out the latest track from The Northwest, “Long Hair (Longer Nights)”!