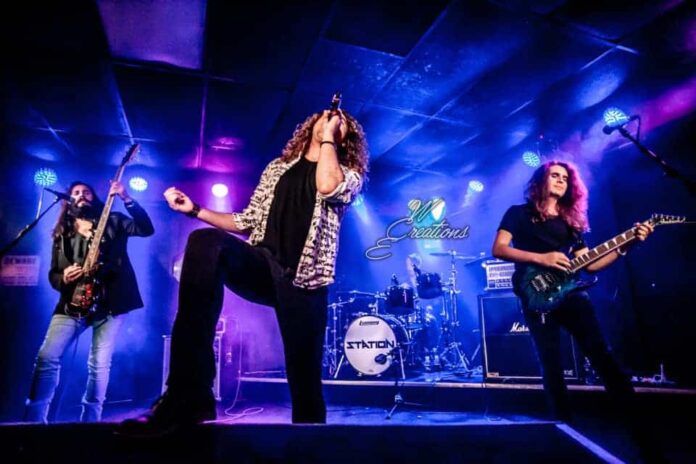 NYC band Station is here to prove that rock is not dead. With an 80’s rock sound, they’re making new fans everywhere they go. They’ve recently released their new single “A Matter of Time”, so we caught up with them to learn about the inspiration behind the video, their dream lineup, and what’s next for the band.

From The Strait: How do you explain your sound to someone who hasn’t heard you before?

Station: We’re just good, fun, and happy melodic rock! We like to have a good time and play loud without being kitschy or contrived.

FTS: Tell us about the inspiration for the new single, and the idea behind the video.

Station: The song itself is about not being able to recognize authenticity because you have had a fantasy for so long. Sometimes you chase after something for so long, like the notion of “meeting the right person at the right time” that when it finally happens, you can’t tell if it’s real or a fantasy. The video itself was an homage to some of our favorite “campy” horror movies with a comical element (think Return of the Night of the Living Dead).

FTS: If you could share a bill with any three bands, who would they be?

FTS: What’s next for Station?

Station: We’re about to head back into the studio! We just released “Stained Glass” but there’s SO much more music that we want to release. Hoping for a spring release and a summer tour to follow!

Check out Station’s video for their single “A Matter of Time”!