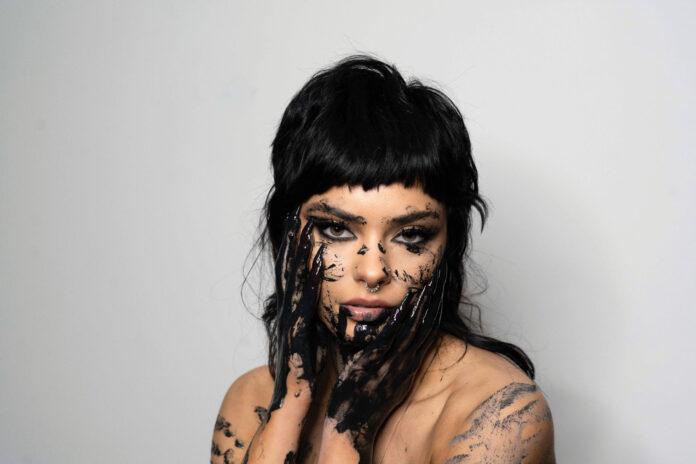 Known for her experimental sounds and unconventional song structures, Toronto-based artist Wrené creates unique electronic musical landscapes that defy genre. Out today, her latest single, “Trib Al” is a collaboration with LA producer, Chris Jaxon. We caught up with Wrené to chat about the song, her biggest influences, and the undeniable pull to create music.

From The Strait: Tell us about the new single, “Trib Al”.

Wrené: ‘Trib Al’ is the result of fusing experimental elements within a pop structure. It is the story of a lustful connection turned divine. It describes the unveiling of a new sexual awakening with the shattering of superficial illusion.

The song begins with a grimy beat- being encircled by a warping and twisting synth bass reminiscent of a snake moving sneakily through the grass. A voice of similar reptilian character begins to sing about her incessant lustful cravings. She describes her hunger for these physical sensations, and expresses her obsession to satisfy these self-fulfilling cravings. When the song reaches the chorus- there is an abrupt explosion of distorted rhythm and glittering synth. There is an orgasmic internal transformation, and the snake-like woman becomes encompassed by an overwhelming force of connection. The transportation is equally ethereal as it is overwhelming for the woman- she describes the darkness within her turning to ‘crystalline’. The song then returns to the beginning of the oscillating cycle upon the next verse.

Wrené: I like to begin writing anything by creating some sort of ‘main structure’ first, where I outline an idea, and create space for melody/decide if there will be lyrics. To me, lyrics embody a sort of journey or story to be told, and the accompanying instrumentation is the surrounding atmosphere of that story. Sometimes the music/atmosphere is informed by the lyrics being there prior, and in other instances the lyrics come as more of a response to something being expressed abstractly in the sounds. A big part of my own writing process is having the motivation to connect visually with what I’m hearing- and finding that ‘sweet spot’ where an idea and a sound can exist together, and it creates an image in your mind while listening.

Wrené: I was very discouraged from making music for quite some time because I felt unworthy- but it was always that undeniable pull towards creating it that helped me overcome a lot of self-doubt in my abilities. I’ve always been so inspired and comforted by music, and I find that experience to be amplified when creating my own. My understanding of musicians, or of artists in general, is that they can help us uncover certain unconscious truths that we carry and that’s something that I would feel very honoured to have as my purpose.

Wrené: The first artist that comes to mind in the way of influences is Arca, and her album ‘Mutant’. I’m very inspired by the dark sounds, and heavy textures. I love the way each track evolves, and how the sounds almost give the illusion of a breathing entity- there’s a really interesting uncanniness, I think, when you can produce something that’s entirely electronic to have some imperfect humanity to it.

Wrené: I really love ‘Amnesia Scanner’! They are definitely not under-the-radar, but they’re very cool and should have more recognition!

Check out “Trib Al”, the new single from Wrené!