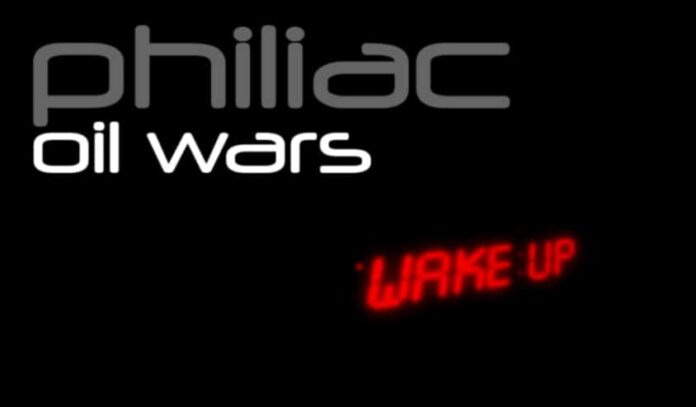 In this Freshly Pressed post, we’re going in a bit of a different direction – and with this particular album, that’s completely fitting.

Philiac’s Oil Wars is less of an album and more of a sound-centric art piece. The majority of its recording was done at the infamous Rancho de la Luna studio in Joshua Tree (where Queens of the Stone Age, Foo Fighters, Artic Monkeys, UNKLE and many other notable acts have recorded, including the Desert Sessions), with additional tracks recorded in Nagasaki, Japan and Ibiza, Spain, respectively. The project is comprised of a creative collective, fusing influences together to create a sound best described as “peyote rock”.

Oil Wars is actually a re-imagined version of their previous album, This Appalling Ocean, presented in cassette form only. Meant to be experienced from beginning to end, it’s “a headphone ride on a thoughtfully lucid bad dream”.

This article aside, Oil Wars is something that Philiac wants to speak for itself – buy the ticket, take the ride. Have a listen to the album in full, and take what you will from it.