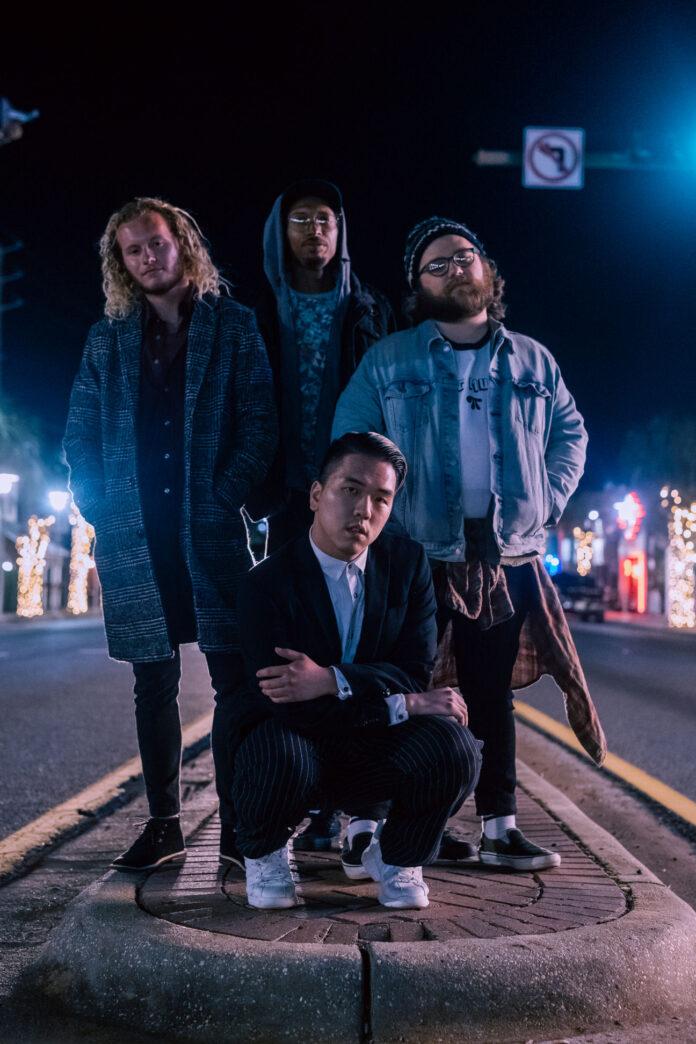 Florida-based four-piece Morning Trips are a band that doesn’t confine themselves to one genre, and their latest single, “Where Is Your Out?” is no exception. The new release showcases their energy and range on influences, and is just a taste of what’s to come on their upcoming EP. We caught up with Morning Trips to chat about the song, how they got their start, and what made them want to become musicians.

From The Strait: Tell us about your new single, “Where Is Your Out?”

Morning Trips: I best describe it as a glitchy grunge tune about the inescapable qualities of our lifestyle. Topics and traits we were born into with no way of avoiding.

FTS: How did Morning Trips become a band?

Morning Trips: The starting and ending point of the formation of us was the internet. I started writing these songs on a laptop learning Ableton. I knew Logan, our bassist, since high school. Amos, I met at the best party I’ve ever been to. Noah, who rounded out our lineup was discovered on the internet by us. It was fate.

Morning Trips: I think Olivia Rodrigo would dig Morning Trips. It really is brutal out here in Florida summers. I think James Murphy would appreciate our stage energy. Matty Healy might appreciate the dance moves.

Morning Trips: There was a girl in middle school that was in a band with 3 of my other friends. She told me one day, “I’m in a band” – and I had the realization at 11 or 12 that you could do that at this age…start a band. So I did it at first for pure reasons, it was fun, it was an outlet, when you’re that young – you probably crave the idea of stardom.

Morning Trips: Brady (myself) – angsty. I always get angsty? I dunno why. maybe because I take everything too serious.

Logan – Glue. Because he’s the glue that keeps the band together. My girlfriend said that and it was the most true thing.

Amos – Mellow. But not because of his personality, but because the rest of us can get a bit intense at times, and Amos has the mellow approach and solutions to Morning Trips success.

Noah – Engine. Because we go where Noah drives us in song. The formation of his parts in production are so crucial.

Check out “Where Is Your Out?”, the new single from Morning Trips!