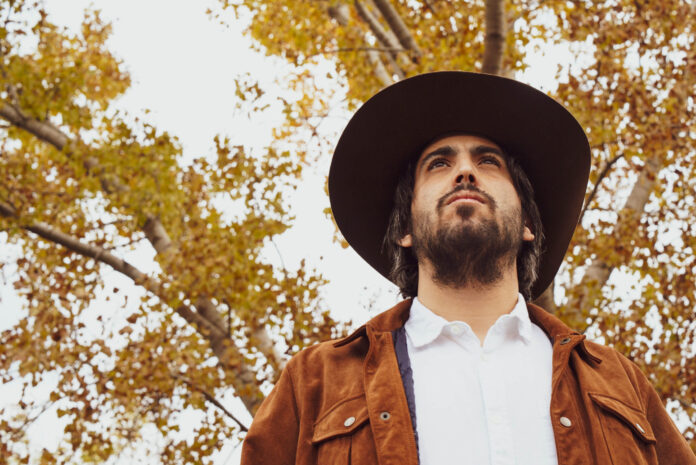 After years of working alongside other musicians, Toronto-based artist Mordechai Mendoza is now striking out on his own. He’s just released “Mickey Blue”, the first single from his debut album – a catchy, feel-good rock song with a touch of Americana and soul. We caught up with Mordechai to chat about the song, what made him want to go solo, and the Canadian bands he’s been listening to lately.

From The Strait: Tell us about the new single, “Mickey Blue”.

Mordechai Mendoza: Mickey Blue is the first single of my debut record! Musically it’s a light rockin’ summer jam, but lyrically I really tried to dig a little deeper into my mental health struggles and address some heavier topics in a lighter manner.

FTS: As a longtime musician, you’ve worked with and accompanied many artists over the years – what made you want to go out on your own for this solo project?

Mordechai Mendoza: I’ve found that as a professional musician its always important to have a creative endeavor on the go to prevent one from getting super jaded about the business. For years I played in an original band called ‘The Sinners Choir’ and after we disbanded 4 years ago, I started planting the seeds for this current project.

Mordechai Mendoza: I never try to rush it. I think the creation of a song is the most enjoyable part of its life, so it’s something I try to savor and let playout naturally. If I am stuck on something, I’ll usually walk away from it for the day (or week, or month) and come back to it when I am really able to let the inspiration flow organically. I also hate going back to edit and revise. So maybe this process is a result of me wanting to write in the moment(s) rather than revisit something that I thought was set in stone.

Mordechai Mendoza: My favourite thing about being a musician is the amazing community I get to be part of. Musicians are generally rad, understanding and open minded people, and I find my life is so enriched because I get to interact with this community on a daily basis. The free booze is a close second.

My least favourite thing is pretty much everything about the music “business”. I can write an essay about this, but in short, it seems like so much of being a musician now has nothing to do with actually playing and creating music. So much gets dictated by non-musician gatekeepers and it forces musicians to be constantly compromising and sacrificing. That all being said, when I gave up the notion of wanting to be famous and focused on being successful to my standards, all of these things started bugging me a whole lot less.

Check out “Mickey Blue”, the new single from Mordechai Mendoza!