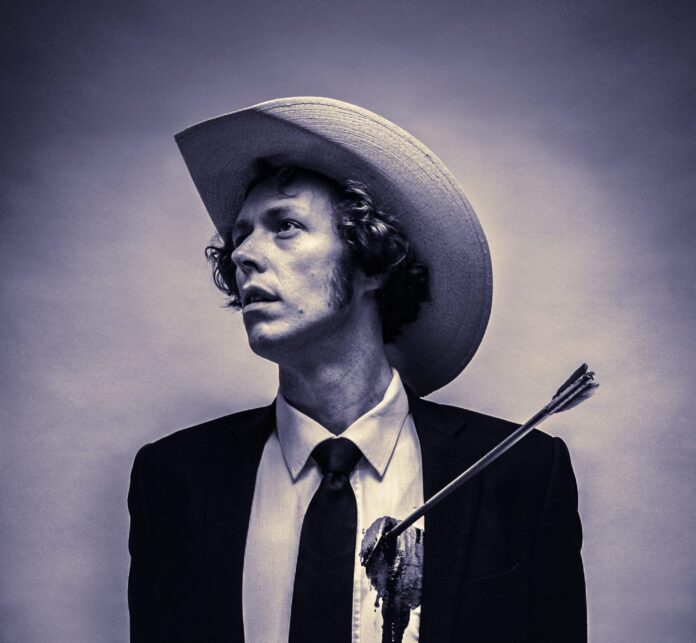 Acclaimed country music artist L’il Andy is set to release his 5th album, All The Love Songs Lied To Us on September 20th. He recently dropped his latest single, a country noir track called “Out On The Highway”. We had a quick Q&A with the singer, learning more about his name, his sound, and his dream venue.

From The Strait: Where did the name L’il Andy come from?

Li’l Andy: Like a lot of parents, my mom used to get the names of her children confused when she was calling out to us. My brother’s name is “Will”. So when I was a kid so would sometimes start by calling me “Will”, then correct herself and it would come out as “Will… Andy!” That became”Li’l Andy” over time. So I’ve been “Li’l Andy” most of my life. When I started playing country music, I liked how the name paid tribute to Little Jimmie Dickens, whose song “Country Boy” I was a big fan of.

LA: Well, the stretch through oilfield country on Highway 40 in Alberta is pretty bleak, especially when you get to Grand Cache and the only diner to eat at looks out onto the correctional institutions. Being practically run off the road by Blackwater trucks near Thunder Bay was also not my idea of fun.
But “Out on the Old Highway” is also about those stretches of highway that are only recently orphaned. Places where a mega-highway is built right alongside an old two-lane road, and within a matter of months a 100-year-old community loses its visitors. All those little towns in North America that become ghosts in the name of progress.

FTS: You get one night only at your dream venue. What’s the venue, and which bands would you like to play with?

LA: Let’s say I have a time machine for this one: I’d play Cain’s Dancing Academy in Tulsa, Oklahoma in 1937. That was when Bob Will & His Texas Playboys were the house band, playing six nights a week for hours on end to Depression-era audiences out for a good time. That’s probably one of the greatest live bands that’s ever existed—well-rehearsed, totally comfortable on stage together, gigging every night and improvising—playing jazz-influenced country and swing music. I’d watch them play, dance in my suit, and sing with the band.
And then I’d have Leonard Cohen come out and sing “The Future” to the audience. Just to see how much it would terrify them.

Check out Li’l Andy’s single, “Out On The Old Highway”!