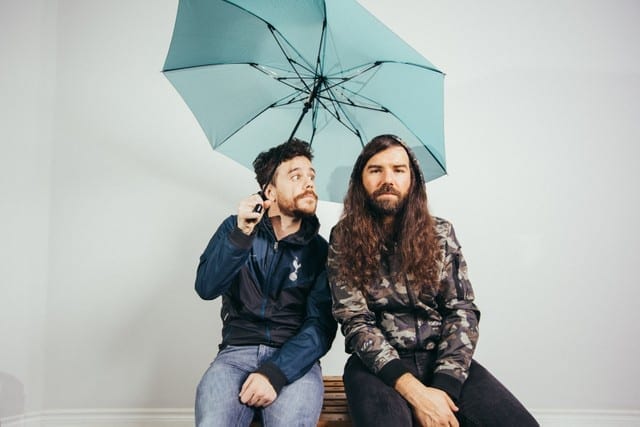 When Ascot Royals reached their end, band members Jimmy Chauveau (vocals) and Tal Vaisman (guitar) joined forces and became a new band – Kadeema, which means “forward” in Hebrew. They’ve just released a brand new video for their single “Gotta Get It”, so we caught up with the duo to learn about their start, their dream show, and musical guilty pleasures.

From The Strait: How did Kadeema get started?

Kadeema: Kadeema started shortly after Jimmy and Tal’s previous band of many years, Ascot Royals, ended. They had always been writing songs together, so moving on together to do something new just made sense.
It was an opportunity to reinvent that friendship & partnership between the 2 both musically and personally.
In September 2019 they got together with producer & drummer Isaac Carpenter (Awolnation, Duff Mckagan , Adam Lambert) , a collaboration which produced their debut single and many more to come.

FTS: If you could play any venue with any other band on the bill, where and who would you choose?

Kadeema: Biffy Clyro at the Mtelus in Montreal. A band both of us love, in a venue that is big enough to wow, but not too big to feel the disconnect of an arena.

FTS: Tell us about the video for new single, “Gotta Get It”.

Kadeema: The song “Gotta get it ” and the video for it are both inspired by real life experiences. The harsh reality of mundane day jobs and over repetitive routines can be so depressing that we chose to laugh at it rather than give in. We like to sing and dance away our problems so this would be right on protocol.

Check out the video for Kadeema’s latest single, “Gotta Get It”!