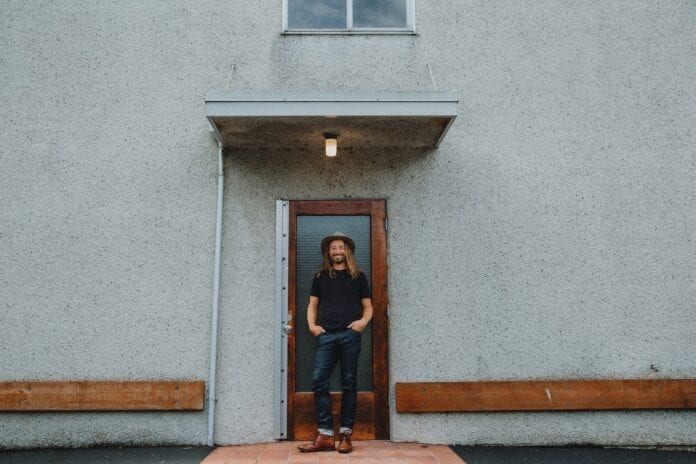 Bringing a little positivity into an otherwise tough year, B.C. singer-songwriter Jesse Roper has just released his latest single, “Brightside”. We caught up with Jesse to chat about the inspiration for the song, how he stays upbeat, and what his dream festival line-up would be.

From The Strait: Tell us about your new single, “Brightside”. What was the inspiration for it?

Jesse Roper: I started playing the guitar riff and my girlfriend yelled at me from the kitchen that it was really pretty. I decided to keep going. Then I blurted out the first 3 lines and my girlfriend came running from the kitchen to tell me she really liked the lines. I decided to keep going. I hit a bit of a wall after that because I didn’t want to get too preachy. It’s a slippery slope. Anyways many walks in the woods and crossed out lyrics later I had what I thought was a pretty good song.

FTS: How do you stay so positive, even during a trying year like this one?

Jesse Roper: I think my nature is to be positive no matter what and I just try to do whatever I feel I need to do to keep smiling. Sometimes it’s hard. I’m surrounded by good family and good friends. It helps a lot.

FTS: How would you describe your sound to someone who has never heard your music before?

Jesse Roper: It’s a pile of different ideas smooshed together in an attempt to keep me from having to listen to top 40.

FTS: If you could create your own music festival (with you as the headliner), what other bands would you choose to round out the bill?

Jesse Roper: Damn! Good question. Well we’d start the day with AC/DC because they’re the best in the world. That would get the crowd in front of the stage. Then we’d change gears with Muse. Get some smashing ballads washed over the crowd and get folks feeling epic. Then my pal Sam Trainor would come out solo and give an acoustic performance of Held in Thought. I love that song. Then We’d get a Jimi Hendrix hologram to perform his set from the Isle of White. Most of the crowd would be high after this set and getting a good buzz. Who better now to put out than Bruce Springsteen. Out comes the Boss and blows the imaginary lid off this out door festival!! Now people are rip roaring drunk and hugging each other.

This is when I come out. Completely naked. Except for a guitar slung low. I perform the first few songs like this then costume change. I come out of the secret trap door device to a cloud of smoke and laser beams dressed in a kimono and white ginch. Angus young joins me on stage for a guitar duel. It’s awesome. Lots of crowd surfing going on. Then Bruce Springsteen joins us on stage. Half the crowd has passed out now from too much awesomeness. We close the show with the Brightside. World peace ensues and I die happy. The end.

Check out the latest track from Jesse Roper, “Brightside”!