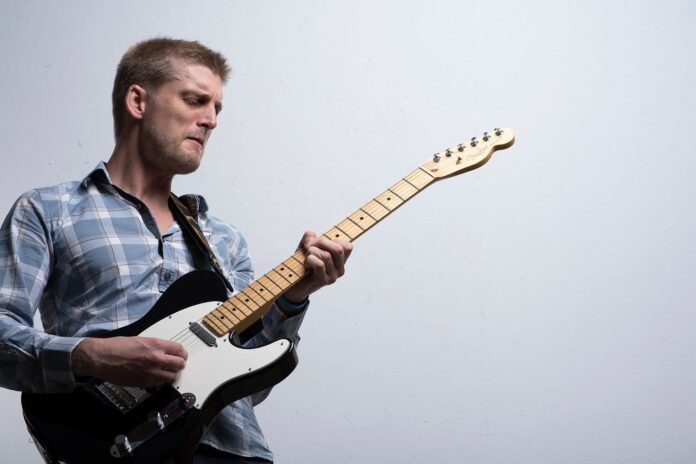 From Newfoundland to Toronto to Quebec, Jeremy Rice has always been creating. He’s set to release his new album, Jeremy Rice and the Legendary Fist of Takinawa , putting “love, betrayal, solitude and death; all presented in one hooky little package.”

With his new single “Arriianne” now out, we caught up with Jeremy to learn more about how Canadian cities have shaped his music, the first song he learned on guitar, and his upcoming album.

From The Strait: You’ve lived in a few different Canadian cities – which would you say had the biggest impact on your music? Did any of them shape your current sound?

Jeremy Rice: St. John’s, NL is a great city for music. It’s a very supportive environment for artists of all kinds and it’s a perfect breeding ground for creative ideas. I certainly benefited from that, but I would say that Toronto was overall more formative for me personally. I moved there when I was quite young so it was where many of my first real adult experiences took place. I found great joy and heartache in Toronto. I joined my first band, played my first show and wrote my first record in Toronto. It was where I truly found my voice as both an artist and a human being. I suppose that is the essence of my sound.

FTS: Who were your musical influences growing up, and do they differ from your influences now?

JR: I grew up listening to a wide range of artists growing up, with a particular affinity for Supertramp and the Kinks. We also listened to a lot of classical music in my family. All of that is still swimming around up there somewhere. These days I spend much of my time studying production techniques and I’ve learned a lot in that respect by listening to artists such as Daft Punk and Justice. It’s probably most efficient to say that my list of influences ins’t so much changing as growing. Admittedly, It’s a little crowded.

FTS: What was the first song you ever learned on guitar?

JR: If memory serves it was “Science Fiction Double Feature” by Richard O’Brien. I distinctly recall having a hard time with the A to F#m switch. My muscles would tense up just before the transition and I would just mash my way through when it came around. I’m sure it all sounded just as pretty as it felt.

FTS: What can we expect from your upcoming album?

JR: Jeremy Rice and the Legendary Fist of Takinawa is a rock album. There’s considerable variety in the songs but everything still fits together holistically. A lot of importance is placed on melody. There are many layers and intricate arrangements. The changes surprise you at first but quickly make you feel at home again. Lots more could be added here, but ultimately I just wanted to create something fun that made people feel good. That’s what it’s all about right? If so, I can only hope I hit the mark.

Check out his latest single “Arrianne”, and stay tuned for the new album!