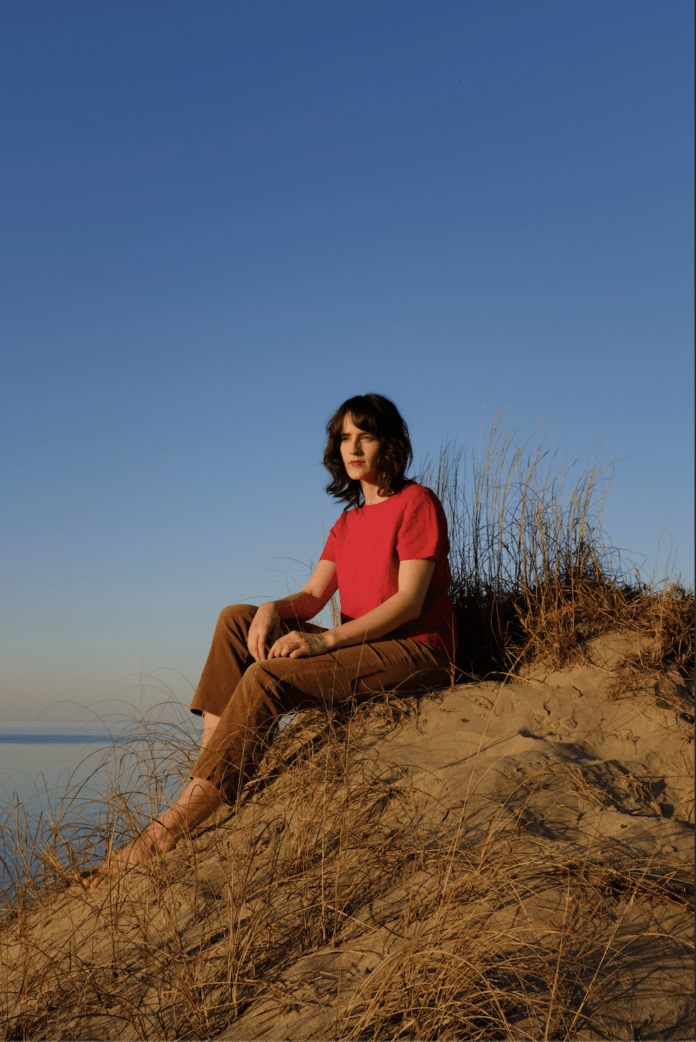 Canadian singer-songwriter and poet Jenny Berkel has just released her latest single “You Think You’re Like the Rain”, a beautiful piece of melodic folk with striking and meaningful lyrics. We caught up with Jenny to chat about the new music, her songwriting process, and her musical influences.

From the Strait: Tell us about the new single, “You Think You’re Like the Rain”.

Jenny Berkel: I wrote this song shortly after moving into a tiny apartment in a new city. It was my first time living alone in many years. At the time, I was really feeling overstimulated, anxious, and in need of quiet. I very much value my solitude, and this apartment was a little haven that was always full of sunlight. I wrote most of the record in this apartment, but I think “You Think You’re Like the Rain” was probably the first song I wrote there. It was shortly after the new year and I was thinking about a dear friend who was in a very heavy place.

FTS:Every artist has their go-to way of creating songs – what is your songwriting process like?

Jenny Berkel:  I like to sit down with the intention to write rather than wait for some kind of inspiration to arrive. Usually I go into my writing space with a guitar and notebook, and then I start playing around with chords and melodies and sound shapes. It’s rare that I’ll come with a lyric or even a lyrical idea already in my mind. I like to let the music and words kind of co-create each other—I feel like the music pulls out certain shapes of words and images, and then those words and images help guide the chord progression. Once it feels like the song is becoming something, I start to leave that more hazy/dreamy creative place and get a bit more focused to sharpen the ideas.

FTS:Who were your musical influences growing up, and how do they differ from your current ones?

Jenny Berkel: I grew up listening to a mix of jukebox classics (thanks to the tapes my parents had) and easy listening radio stations—Sarah McLachlan, Bryan Adams, Celine Dion, etc. We used to go on family drives through the countryside, and whenever Sarah McLachlan’s “Angel” came on, we all had to be quiet so we could listen with our full attention. It wasn’t until I was in my late teens that I was finally introduced to some of the music that I still listen to now. I can vividly remember the first time I listened to a full Joni Mitchell album during a summer in Winnipeg. Discovering 1960s folk music shifted everything for me. While my musical tastes have changed rather dramatically, I can’t deny that “Please Forgive Me” by Bryan Adams still gives me the same rush of emotions it gave me when I was a kid.

FTS:What’s one under-the-radar band or artist you love, and want to share with our readers?

Jenny Berkel: This is hard because there are so many! But I’ll go with Jennifer Castle. She’s not exactly under-the-radar, but I do think her work deserves more attention. She’s a remarkable lyricist, singer, and songwriter. Her voice is so crystalline and emotive, and the arrangements on her albums are always sublime too.

Jenny Berkel: It’s so hard to make plans these days, but I’ll be focusing on getting this new record out into the world. It’s been such a long time since I last released something new. The music industry and world have obviously both changed quite a bit since 2016 (when Pale Moon Kid was released). My plan is to release these songs and hopefully tour in support of the record as much as is feasible. I’m also working on a collection of poetry right now that I’ve been shaping into a manuscript.

Check out “You Think You’re Like the Rain”, the latest single from Jenny Berkel!