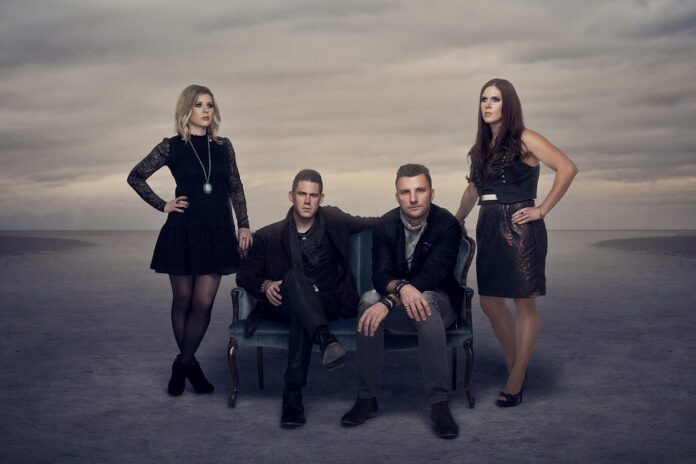 In their nine years as a band, Toronto-based alt-rock band In My Coma have been working hard – touring coast-to-coast, sharing the stage with some household names, and now dropping “a landmark musical statement” with new album Next Life. With a brand new video recently released for the title track, we chatted with the band to learn more about it, their bucket list tour bands, and their Desert Island Albums.

From The Strait: Your new single is called “Next Life”. Tell us a bit about it.

In My Coma: Whenever you record an album, you don’t usually have tons of live practice or experience with the songs outside of a studio setting. Once we started playing the new songs live, “Next Life” just stood out to everyone, including fans, our producer, manager, and the band. After performing live for a while, this song felt like it needed to break out of its shell the way it blasts over the speakers in a live setting, so we decided to release it as the rock song it was destined to be. Lyrically, it’s a bit of a dreary hard-hitting tune, but anyone that knows me and my writing knows that I always throw in a touch of hope. It’s just the way I am. I always think there’s a solution to every problem and I approach life that way, so it naturally filters into my songwriting. The chorus line “it’s too late for you, I’ll see you soon in the next life” really captures that mood; on the surface, it’s too late, but perhaps there’ll be a second chance down the road. I think that’s a polarizing feeling everyone can relate to at some stage in their lives.

FTS: You guys have shared the stage with a slew of great bands – what are your bucket list bands you’d like to play alongside?

IMC: There are so many bands we’d love to perform with, but to keep it concise, we’d go with Muse, Oasis, The Killers, Beck, and let’s throw in Goo Goo Dolls as the outlier mainly because I’d force my way on stage to play “Iris” with them.

FTS: Do you prefer playing hometown shows, or shows in other areas?

IMC: Both are fun, but I love being able to see new cities, take in all the sights, and explore. So, I think the travel bug wins this battle. However, being able to go home after a show to my own bed is something magical. Does that make me sound old?

FTS: Desert island album time! If you were stranded on a desert island and could only have 5 albums with you, what would they be?

IMC: We should release an album that also inflates into a lifeboat so that whenever people get asked this question in the future, the only logical answer is our album. That would be great marketing! But to answer your question, there were several albums I could listen to back to front over and over again in my youth, most from the mid to late nineties. Everclear’s “So Much For The Afterglow” had my ears glued for longer than I can remember. Bush’s “Sixteen Stone” gets the nod as well. I think “What’s The Story Morning Glory” by Oasis is as close to perfection as you can get when it comes to lasting melodies. Then, I’d drift away with “Morning Phase” by Beck, which came out more recently and won a Grammy for Album of the Year. And last, M83.’s “Hurry Up, We’re Dreaming” is a breathtaking album, almost a movie score, from start to finish. I think that’s a great 5!

Check out the video for In My Coma’s latest single, “Next Life!: