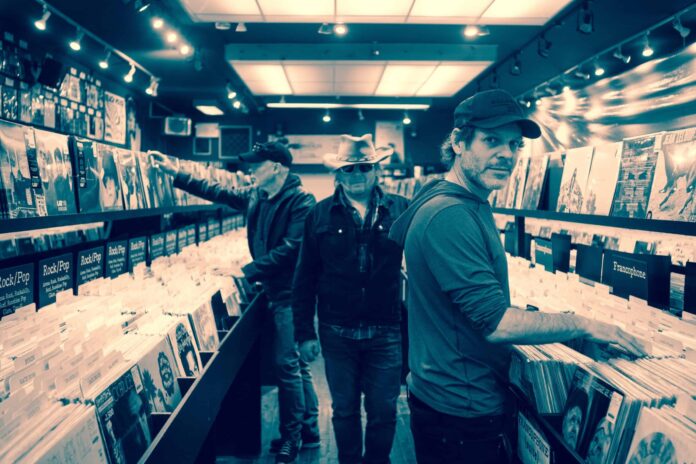 If you haven’t yet heard of the band Patiently Awaiting The Meteorite, we’re happy to give you the introduction – because they’re gaining serious attention from critics, fans, and music geeks alike, and you definitely want to be in the know.

They’ve just released their third release and accompanying video for “Devil’s In My Car”. We had a quick Q&A with the trio, learning more about how they came up with the band name, their dream audience, and their latest single.

From The Strait: Aside from your single title, we love your band name. How did you come up with it, and what were other contenders?

Patiently Awaiting The Meteorite: Thx, we like the name as well! It was Dominique’s idea… let’s just say , his faith in humanity was never really a blossoming flower and it just steadily dried up as humans kept multiplying.

PATM: This is a hypothetical question right? In a world where all is possible? … man, we’d be inclined to fill the room only with people who passed away! you know? make it freaky!
We’d get Bonham , Hendrix, Cobain, Joplin, Lennon, Kilmister, Cash and Carter , Brown, the real Paul McCartney, … maybe throw in a few unicorns to make it extra special !

FTS: Tell us a bit about your latest single, “Devil’s In My Car”.

PATM: DIMC was written to be the opening scene of a dark *movie with the main character being so “out there” that even the Devil is in for a ride!
*the movie has yet to be written , if anyone ends up doing it , the song is ready!

Check out Patiently Awaiting The Meteorite’s latest video for “Devil’s In My Car”!