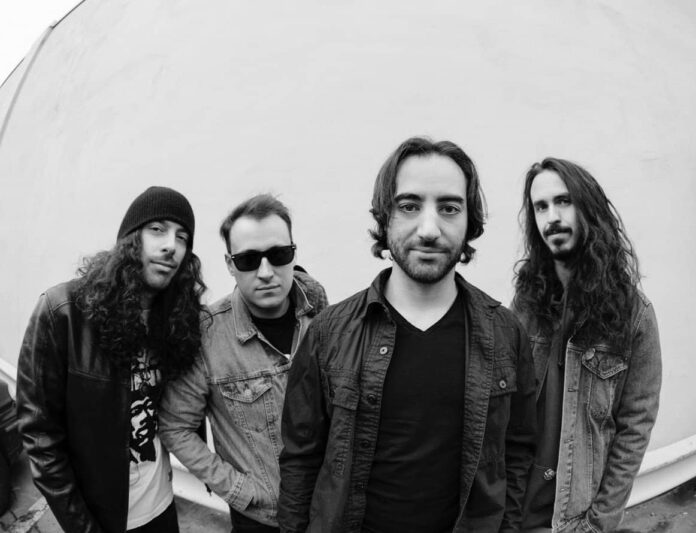 Toronto hard-rock band Uforia have had their share of success in the few years they’ve been together. Winning Hard Rock’s Rising Canada competition, “Best Rock Artist” (2017) & Song of the Year (2018) at the Mississauga Music Awards, and having their single played at Toronto Blue Jays, Toronto Maple Leafs and Ottawa Senators games, to name a few. They’re back with a brand new single, “Say What You Want”, so we had a quick Q&A with the band to talk about the tune.

From The Strait: How would you describe your sound to someone who has never heard your music?

FTS: What’s it like to work with Steve Molella (Finger Eleven)?

Uforia: Working with Steve is one of the best decisions Uforia has ever made. He’s a master at his craft. He will push you to give your best performance and knows how to capture it. We’ve never met anyone who cares more about a song. We’re lucky that we understand each other and that he enjoys the material we bring him. Can’t wait to get back in the studio with him for new songs!

Uforia: August 4th 2019 was Uforia’s biggest and most memorable show. We were flown out to Saint Pierre & Miquelon, which is an island off the coast of Newfoundland in Canada, to play the Rock’N’Rhum festival. Although, geographically it is Canada, the island is French territory. Technically we played in France.
We had the pleasure of sharing the stage with Canadian legend Alan Doyle. Seeing him perform and getting to meet him really motivated us to keep perfecting our show. We were direct opener for modern digital rock juggernauts USS (Ubiquitous Synergy Seeker). They’ve had hits rolling on Canadian radio for over 10 years now. It was great hanging out with them too. That weekend was a nice taste of what we’re ultimately working towards.

Check out Uforia’s latest single, “Say What You Want”!