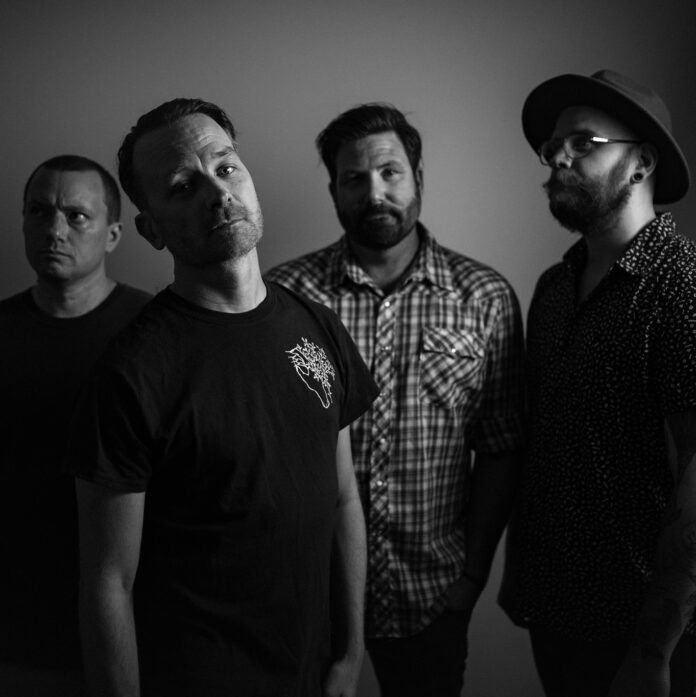 Windsor band Huron Lines have been steadily releasing solid alt-rock tracks for the past few months, catching our attention and making us look forward to more. Their latest single “The Company I Keep” is no exception. We caught up with the band to chat about the new song, how the band got started, and the Canadian bands they’re diggin’ lately.

From The Strait: Tell us about the new single, “The Company I Keep”.

Huron Lines: This song is a bit different than the other songs we have written.  It came to be on an antique baritone ukulele plugged into a few fuzz pedals and a 1972 Traynor amplifier.  The ukulele had not been played in years and had kind of a strange tuning when I picked it up that turned out to be pretty fun.   It was the last song written as part of the group of 8 songs that make up this debut album.  It is inspired by the realization that finding peace with yourself is the first step in doing anything to improve the situation you are in – regardless of the company you keep.

FTS: How did Huron Lines get their start?

Huron Lines: We are all Windsor-based musicians who have been in other bands and toured.  We initially came together as members of an earlier project called Club Thunderbolt which released an album in 2013.   Nick (drummer)  returned to the area in mid-2019 after living in Montreal for almost 5 years and we started playing together again then just the four of us.  We quickly had a bunch of songs and decided to start recording as soon as possible under a new name to give this band its own fresh start.  We were lucky enough to connect with recording engineer / producer Joshua Kaiser (Psychic Void, Flower Face) in early 2020 and managed to navigate through the pandemic and finish the record.  It is an exciting time for us!  We are also about 2/3 done recording the next album (also with Josh) – so lots more music to come from us for the foreseeable future.  We are having a blast creating music together.

Huron Lines: This is a trick question right?  Just kidding!  We all have “day jobs” outside of music currently which we are thankful to have during these strange times.  We treat our music-making endeavours as a job too which I think is key.  Being an artist in today’s music business is not for the faint of heart so by treating it like a job everyday it helps to ensure there is a plan and that we stay focused on what’s in front of us.

FTS: What are some Canadian bands on your radar lately?

Huron Lines: Three Windsor bands everyone should know: PSYCHIC VOID,  CELLOS and MELLODRAW.  Just to name a few.  There are some amazing bands from our city doing great things.
Also check out BLESSED (from BC) and SLOW DOWN MOLASSES (from Saskatoon) – both of whom have new music out or coming out.   Also, long-time favourites and old friends CHORE (Dunnville) recently released new music on their bandcamp – which is available to download in support of a very good cause so everyone should head over there and check it.
We have a playlist on our Spotify page that we try to keep up to date as well that features some of our favourites.
There are so many great bands in Canada right now so it’s hard to pick just a few.

Huron Lines: Coolest live show is tricky.  I really couldn’t really pick just one.  There have been a lot of highlights in that department for me with previous bands and tours.  Weirdest would probably be travelling through a massive east coast snowstorm in the early 00’s to arrive at an all-ages venue in Massachusetts for what was to be a pretty big all-ages show but we ended up playing to ourselves – no exaggeration.  Everyone in the city was literally snowed in except the sound man who lived in the building – he couldn’t believe we were able to make the drive (leave it to the crazy Canadians to find a way through the snow). Two of us played on stage and two of us played on the floor facing the stage to fill the space a little… lol.  Paying our dues!

Check out the latest single from Huron Lines, “The Company I Keep”!