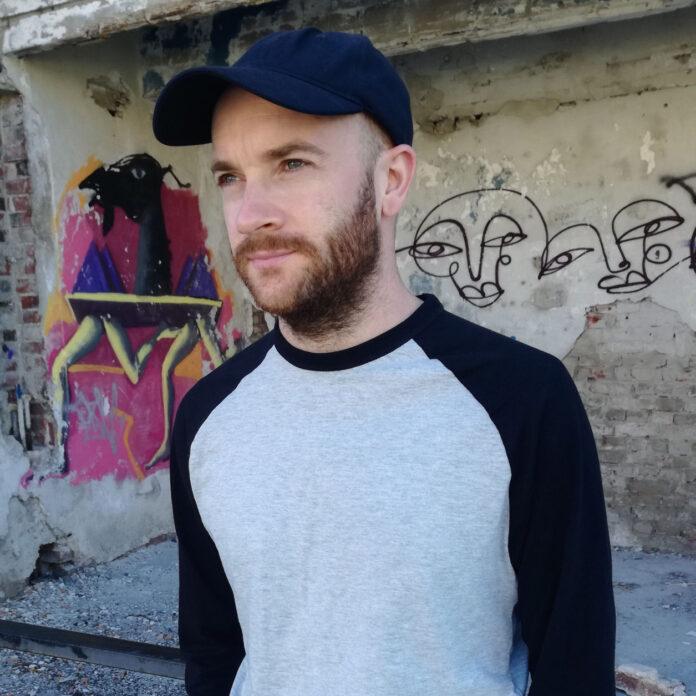 Hailing from Wales, UK, musician Francis Allen is set to deliver his third album under the moniker Foreign Television. He’s just released “Vending Machine”, the latest single from the upcoming LP – a shoegazey alt-rock track with compelling melodies and fuzzed-out guitar. We caught up with him to chat about the song, how he battles writer’s block, and his advice for artists that are just starting out.

From The Strait: Tell us about the new single, “Vending Machine”.

Foreign Television: Vending Machine is the new single off the upcoming album. I wrote most of the song the week the last album came out. So I’ve been listening to it for a long time and still really like it, which is a great sign. It’s a song about feeling powerless in a bad situation in an ugly place. Definitely a moody one!

FTS: How did you get started as a solo musician?

Foreign Television:  After I’d been playing guitar for a couple of years I started recording some of my own stuff. At university I put some instrumental music online and people were really nice about it in the myspacebedroominstrumental scene (yes, it was a scene). Eventually I was making songs that I wanted to sing on, so I started to release music as Foreign Television.

Foreign Television:  As soon as something feels too forced about a song I’m working on, that’s usually a sign that I should work on something else. Sometimes I forget about a song and then parts of it show up in another song where it seems to fit better.

If I had a man with a ponytail and a cigar telling me I had to write a hit by a certain deadline, then maybe the writer’s block thing would be more of an issue.

FTS: Which bands or artists are you listening to most right now? Are there any artists from Wales that should be on our readers’ radar?

Foreign Television:  I’ve been listening to Yo La Tengo and Dinosaur Jr a lot over the last year or so. Some good new stuff from Fontaines D.C., Snail Mail, and Soccer Mommy. I’ve got a song called ‘Runner’ by Alex G in my head at the moment.

As for bands from Wales, there’s a good Welsh language group called Adwaith that just put out a new album. I recommend the song ‘ETO’ as a catchy starting point.

FTS:  Do you have any advice for musicians just starting out?

Foreign Television: I’m still making albums for some reason, even though everyone in the know says just to stick to singles until you’re popular enough to hold a lot of people’s attention for more than one song. So my advice would be to not listen to people like me who can’t accept that no-one has time for albums anymore. Churn out the content and keep the Spotify guy happy!

Check out “Vending Machine”, the new single from Foreign Television!