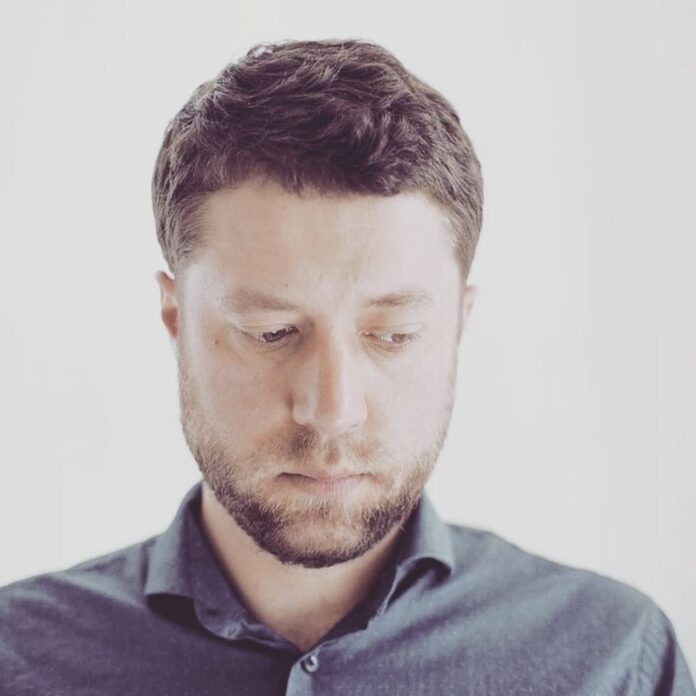 Victoria-based singer-songwriter Dylan Perkons is a longtime musician embarking on his first solo project, his recently released album The Healing Day. With the release of his new single “Black And Blue”, we asked him a few questions about his project, to learn what it was like to work with some heavy-hitters, his musical influences, and dream gigs.

From the Strait: What was it like working with Jonas Bonnetta (of Evening Hymns)?

Dylan Perkons: Jonas is an amazing force in the studio.  He has an incredible knack for hearing a song and knowing exactly how it should sound.  He can recognize the intention behind a song or idea and bring it to life. We just immediately had a natural rhythm and once an idea for an arrangement hit, we went with it and didn’t look back.  It was really inspiring working with someone that’s still so excited about making records. A lot of producers/engineers can get really jaded after a while but Jonas is so passionate about the work he does and I think it really shows in the recordings he’s a part of.  I learned so much making this record with him.

FTS: If you weren’t a musician, what would you be doing instead?

DP: This is such a hard question because it has been so long since I’ve even considered doing anything else with my life.  But I’ve always thought that I’d like to be a teacher. Probably not in the public school system as I was home schooled growing up and have very little faith in the current public education model.  But I’d love to work in an environment that fosters learning, creativity and empathy for youth.

FTS: Who are your biggest musical influences?

DP: Oh god so many!  I think like a lot of people would say, it was listening to the Beatles as a little kid that first got me hooked on the idea of recorded music.  I remember listening to tapes my grandfather gave me in my room over and over again completely blown away by the sounds coming from the speakers.  When I got a bit older I became obsessed with labels like Saddle Creek and Merge and I think those are bands that really influenced me in my most formative years.  Some other crucial artists for me would be Elliott Smith, Cat Power, Jason Molina, Gillian Welch and Bill Callahan.

FTS: If you could play anywhere with any band (any genre), who would you play with and where?

DP: Levon Helm at his barn in upstate New York.  Or Karen Dalton somewhere in 60’s Greenwich Village.  Her voice moves me like no other.

Check out Dylan Perkons’ latest single, “Black And Blue” below.