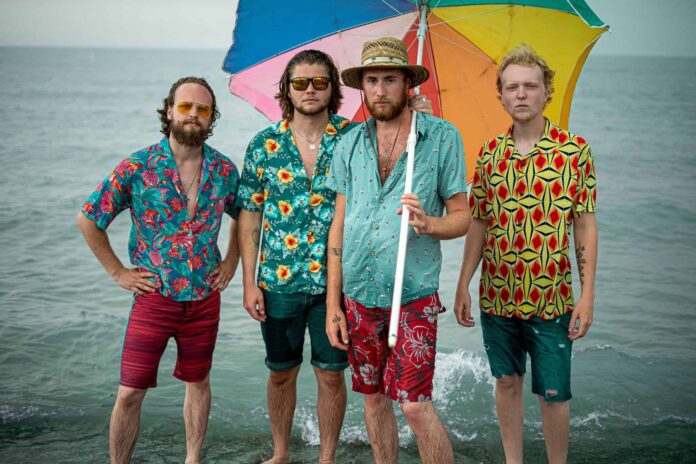 Ontario-based band CoParents have mastered the art of the catchy rock tune. The latest of their new singles, “Beach Bums” is certainly no exception – we caught up with them to chat a bit about their sounds, who they’d love to tour with, and how they really feel about answering interview questions.

From The Strait: Describe your sound in 5 words or less.

FTS: If you weren’t musicians, what would you be doing right now?

CP: If we weren’t musicians, we would have to become gym teachers. As Woody Allen said, “Those who cannot rock, teach gym.”

CP: If we could tour with any band, it would have to be Kings of Leon. We’ve probably spent more hours on earth listening to their music, playing it, and trying to be like them than we’ve spent doing anything else. It was worse when we were younger. People who know us are probably like, ‘give it a break already’

FTS: How do you really feel about doing interviews for music sites?

CP: We like interviews. It’s incredibly lucky to have people give a shit about your rock music in 2019. What’s not to love?

Check out CoParent’s video for their latest single, “Beach Bums”!