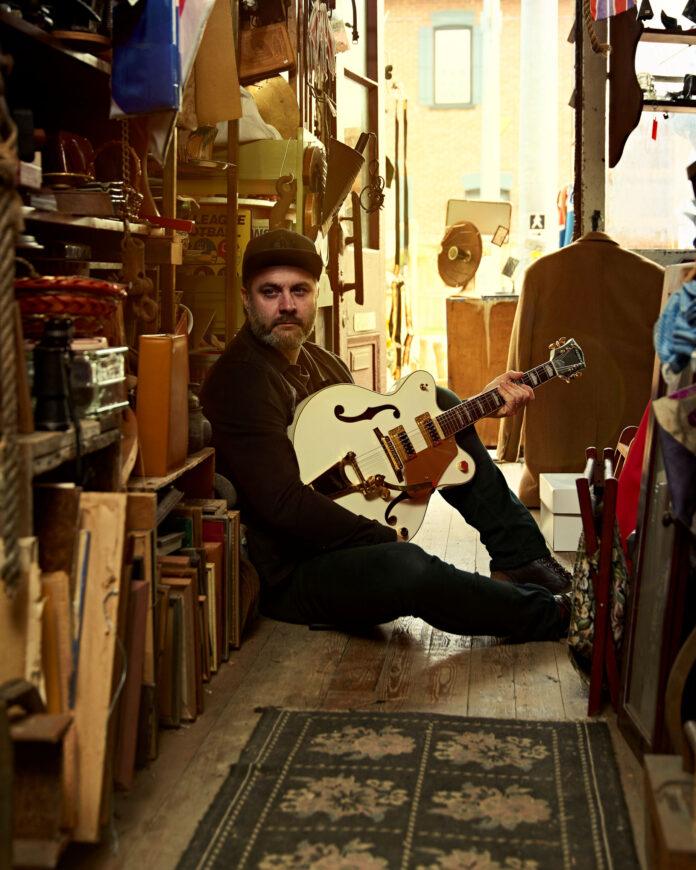 Close Kicks is the solo project of Darryl James (The Strumbellas), with a focus on co-writing and collaborating with other talented artists, and creating powerful songs that offer inspiration. His latest single “Coming Up” was just released yesterday, so we caught up with Darryl to chat about the song, his favourite Canadian artists, and the most memorable shows with The Strumbellas.

From The Strait:  Tell us about the new single, “Coming Up” – what was the inspiration, the recording process, anything at all!

Darryl James: “Coming Up” is a song about perseverance. It’s a song about picking yourself up even when everything around you feels like it’s collapsing. This song was written back in 2018 and it was a time in my life when I was feeling like I was being dragged down. I had flown to Los Angeles to do some writing and this was a one of my first sessions. Cary (Brothers), Cazz (Brindis) and I met at a beautiful home studio in Laurel Canyon and the three of us hit it off right away. As we got to know each other, it became clear that we were all having a some difficult situations to overcome either personally and professionally. With that sort of connection, the ideas started flowing quickly and we put the finishing touches on the song in just a couple hours. Then, over the course of the last few years, we all produced and performed the song remotely. I started by building out some of the drums and percussion along with bass. With such a HUGE chorus, I recruited a group of talented singers from my hometown of Lindsay, Ontario (including my wife, Robyn) to support it.

I rented a local church for a few hours where I recorded the group vocals along with stomps and claps to bring a real collective feel to the choruses. Then, Cazz and Cary took the reins by adding the remaining instrumentation and vocals. One completed, we felt like it need something else in the bridge. Cary’s wife, Jessica Weiss (who co- composed the new Cinderella) did the string arrangements. That was the icing on the cake! And last, but not least, Cazz took on mixing the song and gave it that warm and fuzzy, yet powerful feeling! “Coming Up” was a song built through our common struggles, and was completed by us all coming together to do something great!

FTS: How did your solo/collaborative project get started?

Darryl James: Officially, my solo project started in January 2021 with my first release, “The House We Built”. To be honest, a year or two before that I never thought I would have a solo project. I just wanted to write songs and pitch them for sync or maybe other artists to use them. As I collected more and more songs, there were songs that stood out to me. I just had that feeling in my gut that I really wanted them to be heard be others, and not just sitting on a hard drive somewhere. So, as I networked and continue to write, produce and perform dozens of songs. That was how I formed Close Kicks. I then started to show songs to my friends and family and started finalizing songs that would make up my releases in 2021. I was fortunate that my label, Glassnote Records came on board in late 2020. Over the course of the last year, I released 3 singles and an EP. I’m hoping to continue that release strategy over the coming years with songs I’ve written and continue to write with such incredible artists. Close Kicks really represents the strong connection I get when you write a song or collaborate with someone. Like a good/close pair of shoes ie kicks!

FTS: What are some of your all-time favourite Canadian bands/artists?

Darryl James: My musical taste has always moved around. As a kid, I loved the Oldies. My Mom would always play them on weekends, and that has always stayed some of my favourite music. As I got into my teen years, I loved Hip Hop and Reggae. In my twenties I really got into Canadian alternative music like Our Lady Peace and I Mother Earth, but also loved Pearl Jam and Tool. In my twenties, I really got into indie/folk/alternative music like Arcade Fire, Beirut, Edward Sharpe and Iron and Wine. More recently, I’ve fallen in love with New Orleans Jazz especially Preservation Hall Jazz Band. Ultimately, I would say at this point in my life, I’m a lover of all music. Anything that’s got a great melody. Music just makes me feel good, and it can be from any genre or style. One of my favourite things is to go into a record shop and just explore and try to find something unique and outside of what I’ve been listening to. With that said, I do love the album format. Listening to an album from front to back really helps you understand the album and I always find that some of the less popular songs on an album become my favourites.

Darryl James: I feel like I’ve played so many cool shows in my life being in The Strumbellas. There’s not a lot of artists that can say they’ve played three of the Late Night television shows! They hold a special place for me, but there is also shows like Massey Hall or Austin City Limits. With all those great shows, there definitely has beens some weird ones too! I think the weirdest show I played was on our first tour in the USA with the Strumbellas. We played in a strip mall outside of Dallas. There were 2 people at the show. They were listening to us, but also playing video games at the same time. As depressing as that was, it wouldn’t compare to scene after the show. While I was loading gear into the van, and just so badly wanted to get back to the hotel, two girls got into a fight. One of them almost backed into the other one which resulted in them both starting to yell at each other. Next thing you know, they are throwing punches and I’m in the middle of them breaking them up. Definitely that was the weirdest show for me!

FTS: You’ve been a musician for some time now. What advice would 2022 Darryl give to the younger version of Darryl, just starting out in the business?

Darryl James: I wish I could say I was a musician for a really long time given my age, but it hasn’t been that long. My first band was The Strumbellas at 30 years old and before that it was learning the odd cover song on acoustic guitar around the campfire. After the cover song phase, there was also a lot of two chord late night jams where we all tried different instruments and someone would go for their big solo! Such great times! But over the last 10 years of taking music much more serious I would say I would invest in more lessons.

Having a great instructor is such a valuable asset! And I would have definitely taken piano as a kid:)

Check out “Coming Up”, the latest single from Close Kicks!