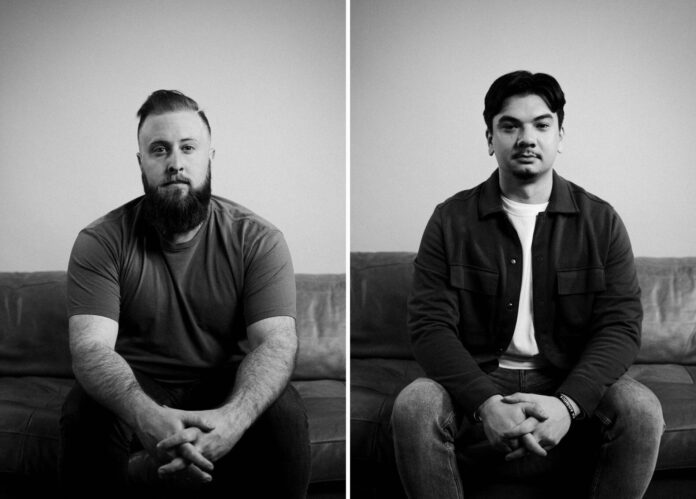 US-based alt-rock duo Angry Son have just released their latest single, “Cope” – a melancholy yet feel-good single, mixing alt, emo, and indie styles in a slick and memorable package. We caught up with Angry Son to chat about the song, their musical influences, and their songwriting process.

From The Strait: Tell us about the new single, “Cope”.

Angry Son: Cope is a melancholy feel good song that is perfect for your long drives. Cope confronts mental health in a positive way that acknowledges everything isn’t always perfect, but everything will always be alright.

Angry Son: Most commonly, every song initially goes through a “voice note” phase. Devin and I will send ideas back and forth until we get a solid voice note demo. We then take that voice note demo and then fully demo out the song ourselves. This demo is the reference used in the studio when officially recording. We like to be prepared as possible!

Angry Son: If you could play a show with anyone living or dead, who would it be? Bruce Springsteen!

Angry Son: Some of our non-musical hobbies include being foodies, wrestling, powerlifting, and we are really into unsolved crime documentaries.

Check out “Cope”, the new single from Angry Son!