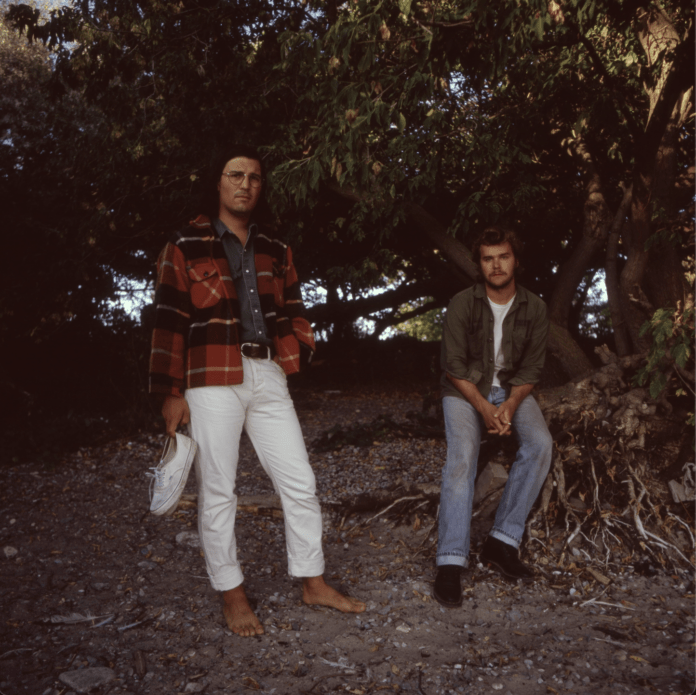 What started as a recording session for singer-songwriter Troy Snaterse soon became what we now know as Altameda – a band that formed in Edmonton and is currently based out of Toronto, creating music inspired by a variety of genres and shared experiences. They’ve just released their latest single “Nightmare Town”, so we caught up with the band to chat about the song, the difference between the music scenes in Edmonton and Toronto, and how their musical influences have evolved.

From The Strait: Tell us about the new single, “Nightmare Town”.

Altameda: Nightmare Town is the third single we’re releasing ahead of our new record ‘Born Losers’, which will be coming out April 15th. The concept for the song was inspired largely by the (1973) film Badlands, and the true story that the film is loosely based on. Though, the violence of those stories have no place in Nightmare Town, I found the characters and their situation compelling. We always strive to have a healthy dose of upbeat, mid-tempo, & slow songs on each of our records. In order to keep it true to the emotional ebb and flow of the human condition. This song is more upbeat, which I think pairs well with the desperation of the lyrics.

FTS: Having formed in Edmonton and then moving out to Toronto, how do you find that the music scene differs between the two areas?

Altameda: I think there is a closeness within the Edmonton scene that is really special. Because it isn’t as much of a “hub” for industry, it allows people to approach music in a much more innocent way. Focusing more on creating art, rather than worrying about having industry people in the audience etc. However, there is validity to both, and Toronto has always been very kind to us, since our first time out here. We have lots of incredible friends and peers in both cities/scenes, and their differences are what make them both exciting.

FTS:Who were your musical influences growing up, and how do they differ from your current ones?

Altameda: When I was younger, I got in to playing music through a friend who’s family was very much into folk music. A lot of the first songs I learned to play were Bob Dylan songs, and becoming interested in lyrical based music helped to inform how I approach writing to this day. For many years, I was heavily in to hardcore & punk, and played in a lot of different bands throughout junior high and high school in that vein, until eventually coming back around to the folk and country music which shaped my early influences. I like to think that what we do is a blend of all of these influences in some way.

FTS:If you could play a show where the audience was filled solely with other bands & musicians, who would you want in attendance?

Altameda: My natural writing approach has typically been to write from personal experience, (as most people do). However, since my social life has shrunk significantly during the pandemic, I’ve been trying to come up with different exercises to stay creatively invigorated. Trying to write from the perspective of different characters I invent has been helpful, and I feel that I’ve also been taking a less linear approach to my songwriting, which can yield some interesting results.

Check out “Nightmare Town”, the new single from Altameda!