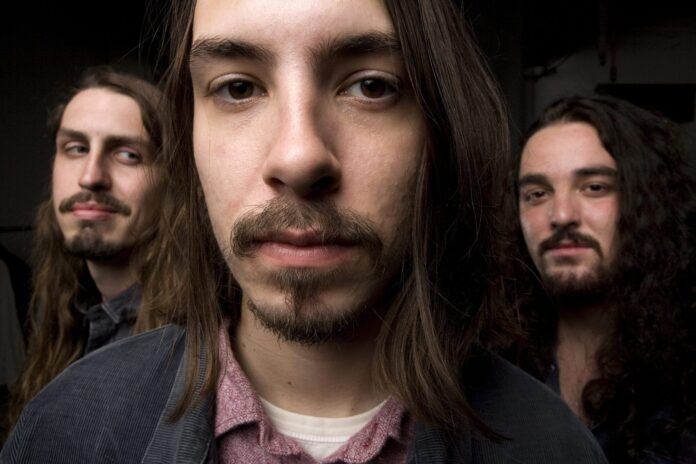 If you haven’t heard of them yet, you’ll be hearing a lot from them soon. Basic White is an indie rock trio hailing from London, ON, currently touring all over Ontario in support of their upcoming debut album, The Second Half. With their first single and accompanying video for “Time to Leave” coming out today, you can expect a lot of upcoming buzz about Basic White.

We had a chance to ask frontman Riley White a few quick questions.

From the Strait:  You’ve done gigs at different venues all over Ontario – what’s your favourite spot to play?

Riley White: We really love to play Rum Runners in London, ON. We’ve seen so many great shows and have  been apart of so many great shows that it’ll always be a venue we like to play, and it’s right down the road from our house. Rainbow Bistro in Ottawa and The Mansion in Kingston, are also some favourites of ours and The Horseshoe Tavern and the Rivoli in Toronto are always great.

FTS: If you could build your dream show, who would you put on the bill?

Riley White: Our dream bill would be us, Matt Mays, and The Band.

FTS: You guys are based out of London, ON – how does the hometown crowd differ from other cities?

Riley White: Shows outside of London are different because we always get lots of friends who don’t usually get to see us play to come out, as well as lots of new fans.  On the other hand, London is where we really started things so there are people at those shows who have been coming since we first started playing and they get to watch us progress and be apart of that, so those shows are always a tonne of fun.

FTS: What bands are you listening to right now?

Riley White: Right now we are listening to a lot of The Dirty Nil, Hollerado, and Terra Lightfoot.

Check out the video for “Time to Leave”, the first single off Basic White’s debut album The Second Half, dropping on February 22nd.