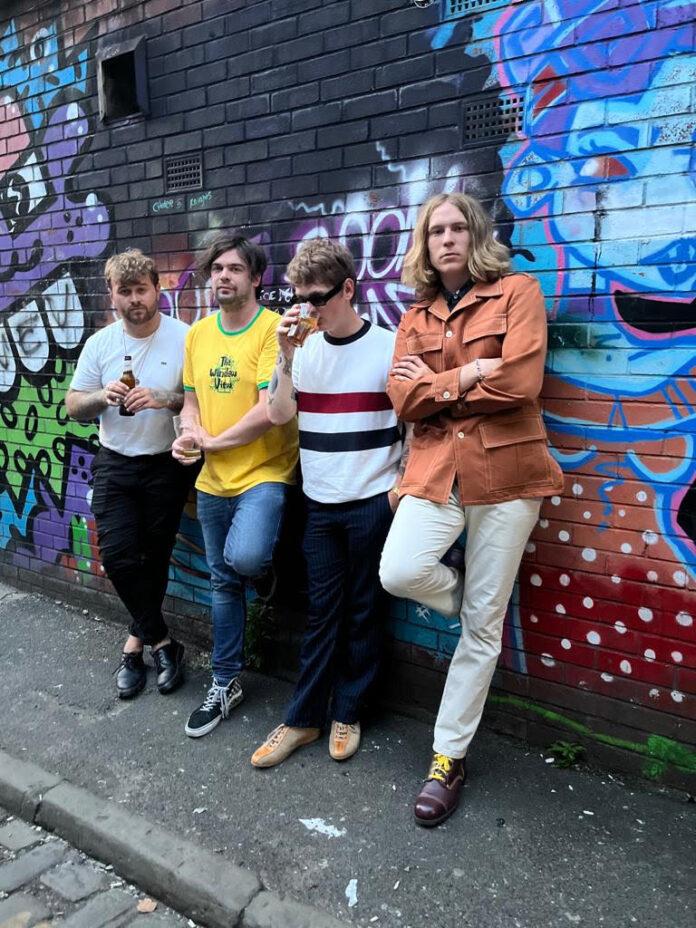 We’re going Beyond The Strait for a second time this week, this time with Cumbria, UK band, The Window View. The four-piece just closed out the year by releasing their debut single, “Sunset Paradise” – a contemporary shoegaze-style track influenced by acts such as The Verve, Ride, and Pastel.

The single was actually inspired by an impactful sunset view from the frontman’s trip to Knebworth to see Liam Gallagher. “As I watched the sunset over Knebworth, the feeling I got was a feeling I’d never had before,” says Evan Barlow. “I felt invincible. Ready to take on anything.” From there, the lyrics for “Sunset Paradise” took shape in collaboration with producer Dave McKracken, back in the band’s Cumbria hometown. With McKracken’s words fitting Barlow’s vision for the song, “Sunset Paradise” was formed.

There’s a bright playfulness to this song, mixing indie rock and shoegaze with what can only be described as positive vibes. Alongside the modern style is a retro feel, bringing to mind some of the psychedelic rock and pop sounds of the 60s and early 70s, adding to the overall good feeling of the song, and fitting well with the uplifting lyrics. Overall, “Sunset Paradise” is an upbeat gem, casting a good mood onto anyone who listens.

Stream “Sunset Paradise” by The Window View on Spotify