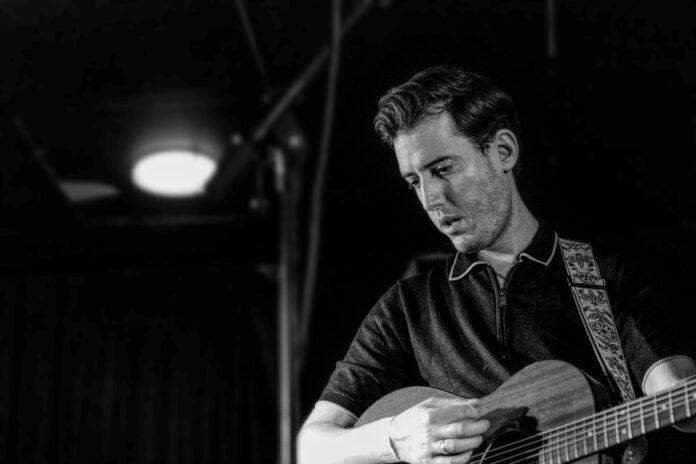 UK-based band The Vanity Firm kicked off the new year with their debut single release on January 1st. The guitar-driven, melancholic project draws inspiration from acts like Joy Division, Nick Cave, and the Verve. Their brand new leadoff track, “The Ballad of the Broken Man”, is a dark, bluesy, indie rock song that tells the story of a man struggling to handle his emotions.

“This song was written a number of years ago, from a place of vulnerability and despair,” says singer Nathan Davies. “The protagonist of the song feels like they are succumbing to their emotions, until a lover pulls him from the pit that he finds himself in.”

“The Ballad of the Broken Man” boasts shimmering and compelling guitar riffs throughout, reminiscent of The Animals’ “House of the Rising Sun” in style. The song is dramatic and emotive, with big builds and quick drops, and a melancholy depth to the vocals. There’s something intoxicating about the overall sound and the way it mixes genres, creating a post-punk, singer-songwriter, and almost gothic rock vibe. This may be The Vanity Firm’s debut song, but they sound like they’ve been making music forever – we can expect big things to come from this band.

Stream “The Ballad of the Broken Man” by The Vanity Firm on your preferred platform: