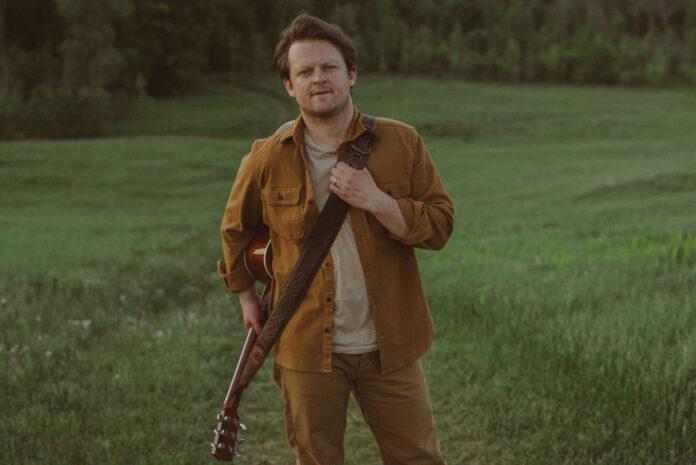 With a much-anticipated brand new album on the horizon and a slew of recent singles to tease it, Mattie Leon is back with his latest, “Marigold”. This one is a hopeful and uplifting song with beautiful harmonies and a message that sticks with you. We caught up with Mattie to chat about the song, pre-show jitters, and the superhero alter egos of Mattie and his bandmates, Mike and Nelson.

From The Strait: Tell us about the new single, “Marigold”.

Mattie Leon: Marigold is an exuberant burst of harmonies, acoustic guitar, mandolin, and Toms. It’s got this big east coast feel and I’m in love with the way it turned out. Lyrically, it’s from the perspective of someone that’s passed away. It’s them saying, “Hey. I’m still around. Don’t worry. Those things we never said to each other? You didn’t even have to say them. I know. I’m up every morning painting the sunrise for you. I’m hanging the stars for you at night.”

So many people I know lost loved ones over the last few years and I wrote this song for them.

FTS: This is the latest single from your upcoming album – how do you think that your sound has evolved on the recent and upcoming releases, and what do you hope that listeners take away from the new songs?

We decided to go with the songs that screamed “SINGLE” first; Acoustic Guitars and Can’t Hide The Lonely.

If our release strategy was a restaurant….we brought out dessert before the meal.

The third single, Backroad Medicine, is a good representation of what this album is all about; organic, live band in a room, breath in the recordings. Marigold continues in that same vein.

The singles thus far have been thematically different. From Motown to country to folk rock to East Coast vibes. But I think there’s a thread that keeps them all together. The voices. The three of us playing together in the same room. The album has a lot of variety but is rich with colour and mood in that Mark Howard way.

For Marigold specifically I hope that people can listen to it, think of someone they’ve lost and miss, and find a way to smile. Maybe sing the “oohs” at the top of their lungs too.

FTS: What are some under-the-radar bands and artists you’ve been listening to lately that should be on everyone’s playlists?

Mattie Leon: Wayley is a great songwriter. As is John Muirhead. Those two guys toured together recently. What a show that must have been!

Claire Coupland released a beautiful tune called “Love Song” a little while back.

And I’m not sure how under the radar, but The Redhill Valleys and Nelson Sobral are always dishing out the goods.

Can’t go wrong with any of that stuff right there.

FTS: As an artist who plays live shows regularly, do you still get nervous before each one? Do you have any pre-show rituals?

Mattie Leon: Of course. But it’s always just nervous about tech stuff. Pedalboards working. Guitars being in tune. In ear monitor mix being right. It’s not really the performance, it’s all the stuff around it.

I don’t have any rituals but I have a habit of getting STRESSED the hour or two leading up to showtime. I don’t know why I’m wound so tight. Mike and Nelson are gonna snap on me one of these days.

FTS: If you, Mike, and Nelson were all superheroes, what would be your superhero names and powers?

Mattie Leon: What a question!

the ability to keep a cool head in any situation. ANY situation. Mike’s the best guy to have around when s&*t hits the fan.

We had to pull over on the 401 a few years back because he was choking on a quinoa dish in the back seat. He survived that brush with death and I think he might be invincible now.

the ability to overpay for musical gear and always be passed the warranty when trading it back in.

Check out Marigold, the new single by Mattie Leon!