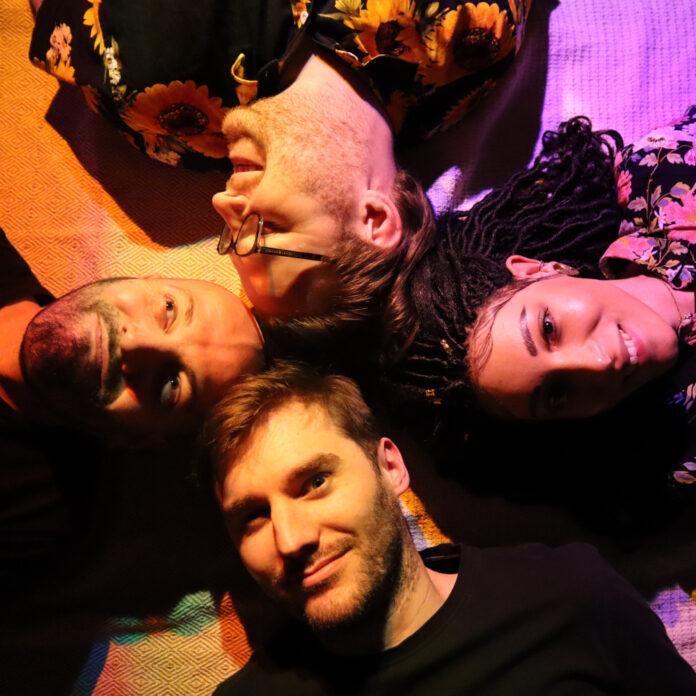 London-based four-piece The Silent Era have just released their brand new single, “Heavy Cure”, a driving alt-rock track aimed at the media’s never-ending obsession with youth. In their tenure as a band, The Silent Era have put a lot of their focus on live shows, building a growing audience well before releasing any songs. Now, with their debut single, that audience is sure to expand, as music fans across the globe can finally get a taste of their compelling sound.

“Musically the song came about during the bleakest months of lockdown. During that time [our] previous band had broken up and the three of [us] decided to stick together and do something new,” says the band about “Heavy Cure”. “When the guys were able to get to start playing (see also; drinking) together again, Nic had written the music for this song to work on in rehearsals. It really set the tone for what we would go on to do a couple of years down the track. It ultimately came out of just needing to do something in a pretty unhappy time for everyone.”

“Heavy Cure” is full of fuzzed-out, distorted yet melodic guitar riffs. The vocals are captivating, with a style you’ll want to sing along to, displaying an impressive range in the undeniably catchy chorus. This is stellar alt-rock with a post-punk/ goth sensibility and almost shoegaze style that will appeal to a wide audience. With this much talent and this type of sound in a debut single, I personally can’t wait to hear more from The Silent Era.

Stream “Heavy Cure” by The Silent Era on your preferred platform: