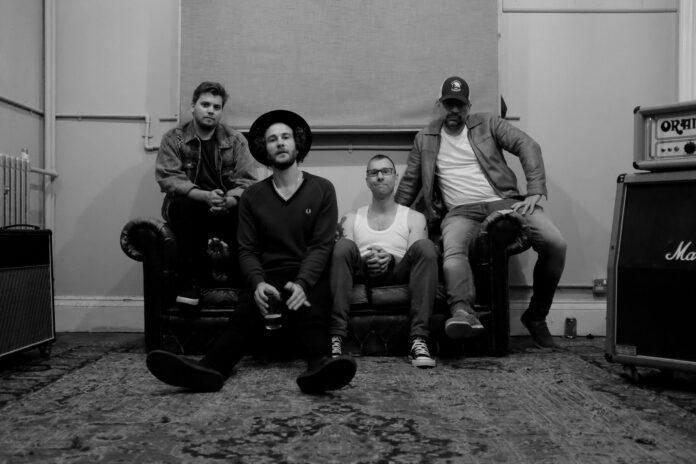 It’s been awhile since our last YHIH feature, so let’s go Beyond the Strait once again and get to know a bit more about UK indie/ alt-rock band The Rapports. Formed back in 2016, the band has seen their share of success, playing to packed crowds and touring alongside Creeping Jean in 2021.

Their latest track, “Wanna Be” stays true to The Rapports‘ rock roots, but also embraces pop-tinged melodies and upbeat vibes. The band’s indie rock influences shine through, while they’ve managed to add a unique and accessible twist to the sound.

“”Wanna Be” is a fine slice of indie rock with punchy singalong melodies, electric riffs and pulsating rhythm,” says the band. “Upbeat and uplifting, a song about wanting to make it.”

From the first guitar riff and opening vocals, you just know this is going to get you moving. Solid rock song, but bright and lively enough to suit mainstream audiences – this track sounds like it would absolutely kill at live shows, with its Kings of Leon-meets-Brit Pop sound. As an added bonus, the video released alongside the single is a fantastic companion. Slick and entertaining, much like the single itself.

Listen to “Wanna Be” by The Rapports: