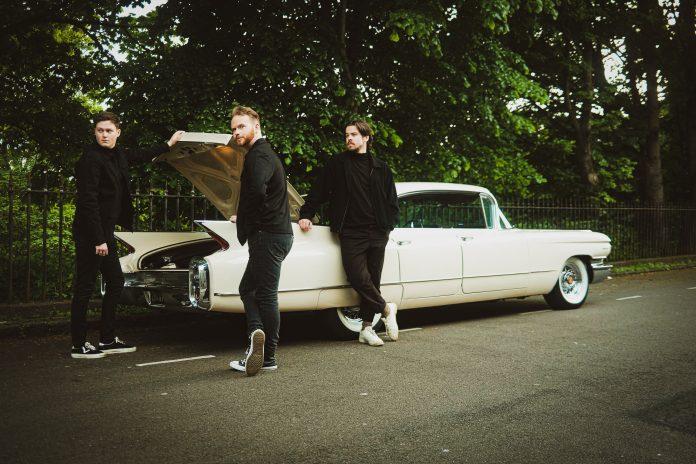 Scottish pop-rock trio PAGES. are back from a hiatus with their second single, “Black and Blue” – a synth-driven piece of rock-pop goodness with an energy that ebbs and flows to keep listeners interested the whole way through.

Still a relatively new band, having formed in 2019, PAGES. saw growing success pre-pandemic, supporting acts like Dancing on Tables and The Fontaines, and headlining their own mini-tour. After 18 months of isolation as the world shut down, they’re ready to kick things into high gear once again with this explosive new track.

“It deals with themes such as obsession and the consequences of one’s actions,” the band’s press states. “The intensity of the song continuously builds until it explodes into a triumphant final chorus where the elements heard throughout come together with attitude.”

As soon as the music hit on this new single, I was hooked. Such a good mix of alt rock and indie pop, with catchy guitar riffs and stellar vocals. If you’re a fan of Arctic Monkeys, or a slightly more pop-forward version of Royal Blood, this is a band you need to check out.

Stream it at the links below, and check out their merch online.