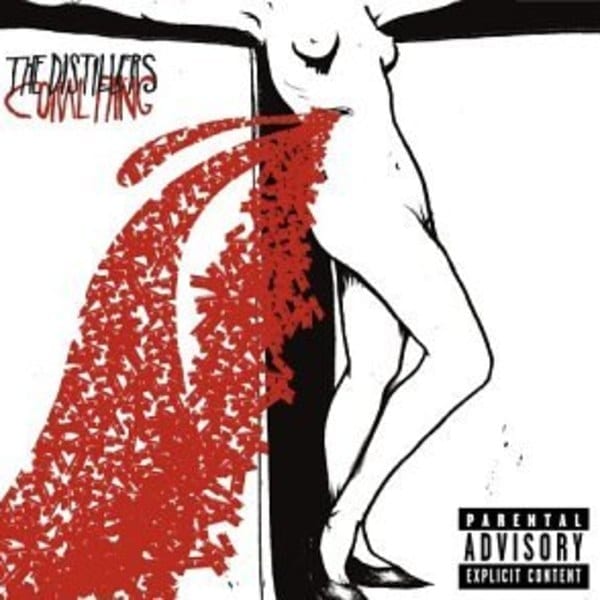 Seems only right that since The Distillers are (finally) back touring and recording, it just might be time for a throwback review of one of my all-time favourite albums, 2003’s Coral Fang.

While other Distillers albums could easily be listed as favourites, there’s always been something about Coral Fang. It hit me. From the first note on the first song (“Drain the Blood”), I’m immediately put into a 201.45% better mood, ready to get things done. Your boss is a jerk? Put on this album. Your boyfriend called you fat? Put on this album. You have that ever-so-slight urge to go batshit crazy and slap everyone in the face? Put. On. This. Album. I mean it.

I was late to the game when it came to this band. Coral Fang was my introduction, and though it came out in 2003 it wasn’t on my radar until somewhere around 2005. A couple of their singles – “City of Angels” and “The Hunger”, respectively – were songs that I adored, but for some reason I hadn’t done the normal-person thing and gone out to buy one of their albums. But when I finally did, I was hooked. Brody kicked my ass.

I remember driving around in my old Protege (Marcellus Wallace, RIP), falling hard for every song on this album. Anyone I drove had to put up with Coral Fang on loop or get out. I had found my new idol. My rock chick goddess who exemplified so much of what I wish I was.

While there’s a lot of punk drive and fast riffs throughout this record, they threw in just enough slower melodic elements to make it interesting. And no one sounds quite like Brody. You can literally hear her scowl as she’s singing, with a voice that is her own blend of gritty and raw, yet feminine. Many of these songs are about her relationship / break-up with ex-husband Tim Armstrong of Rancid (before she married Josh Homme and became one half of my favourite couple), with a lot of the lyrics giving a massive middle finger to the general public – but then you’ve got a song like “For Tonight You’re Only Here To Know”, and suddenly your cold black heart just might feel some feelings. A good example of how this album can switch tactics on a dime would be “The Hunger”; from slow tempoed verses to a sudden heavier turn and that typical Brody scream, it becomes a completely different song. An ex once heard it and said, “That was such a nice song, why did she start screaming and ruin it?”

So many years later, I’ve never tired of Coral Fang. I still listen to songs from this album almost daily, and still get as amped by it as I did when I was 22. It’s been a staple for over a decade, one part of the soundtrack to my adult years, my breakups, make ups, good weeks, and crappy days.

I’ll be screaming these tunes along with Brody until I’m 85 and forget the words. And even then, I’ll still want to be her.