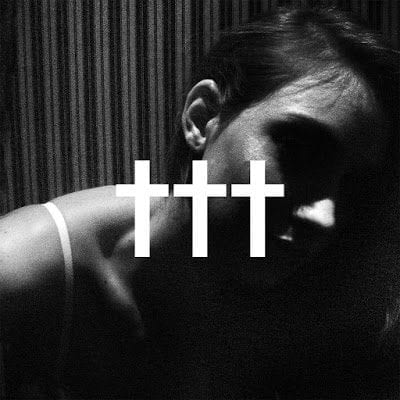 Ever since the mid-nineties, I’ve had a borderline (and sometimes not-so-borderline) obsession with Deftones and their frontman, Chino Moreno. This usually translates to automatic support for all things they do, including Chino’s other projects.

While Deftones has always been his main gig, there have been a few other projects that popped up over the years. Team Sleep, Palms, Saudade, etc. But of them all, Crosses quickly become my favourite.

Crosses – also known as ††† – has Chino partnering up with Far guitarist Shaun Lopez and Chuck Doom. While it’s easy to compare any project Chino does vocals on to Deftones, Crosses are more chilled out and melodic, with ambient and electronic touches. (Or,  to put it simply – they’re not the Deftones, and they’re still friggin’ amazing.)

While they put out two EPs in 2011 and 2012 – EP1 and EP2, respectively – they were later signed with Sumerian Records and put out a full-length album in 2013. Their lead-off single release, The Epilogue, was more than enough enough to get me hooked, and the entire self-titled album does not disappoint. Other stand out songs include Bitches Brew, Telepathy, & This is a Trick, but I admit to having a strange love affair with Bermuda Locket, and couldn’t stop listening to it daily for about a year straight. The entire album is fantastic, and thought it’s weird to describe it this way – it’s sexy. It’s a damn sexy record.

Even if you’re not a Deftones/Chino Moreno fan in general, I still highly recommend giving this album a listen. You may find yourself addicted.