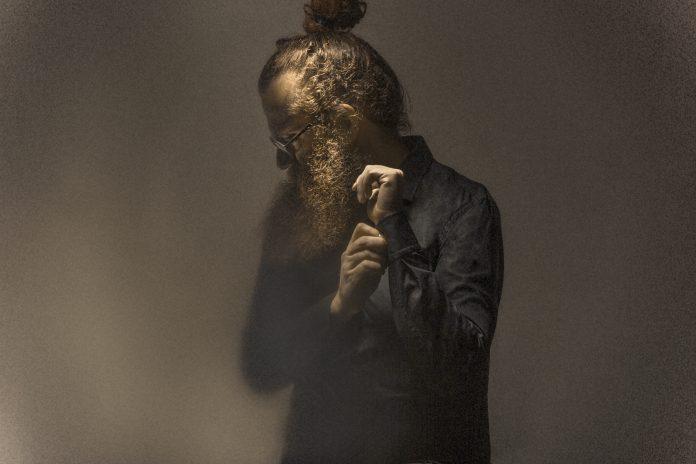 Halifax artist Ben Caplan‘s latest release is a collection of ten songs from his body of work, re-imagined and stripped back. We caught up with Ben to chat about the single “Down to the River”, what it was like to re-visit these songs in a new way, and how he deals with the inevitable writer’s block.

From the Strait: Tell us about the new re-interpretation of your song, “Down to the River”.

Ben Caplan: Down to the River was the first song of mine that took on a life of its own. In 2011, I shot a live solo video of the song in Trinity Bellwoods park and it had a little bit of virality on YouTube. That song has been a fan favourite and the YouTube video is probably responsible for bringing more people out to see my live shows than any other thing I’ve done.

I am proud of the official album version that I created with The Casual Smokers around the same time, but the solo version has always had a special quality to it. I wanted to take the opportunity, ten years after the fact, to record a studio version that strives towards some of the magic that connected with so many people on the solo video. The goal was not to re-produce what that video does so well on it’s own, but to marry the live solo energy with the possibilities of the studio and ten years of growth.

FTS: What made you want to create an album of re-imagined songs from your discography? How did it feel to go back and re-visit these songs?

Ben Caplan: The pandemic was a tough time to work on collaborative art projects. I love recording with an ensemble and working with musicians whom I admire to expand the possibilities of a song. That was not going to be possible in 2020, so rather than fight against the current, I chose a project that would let me float downstream a little bit. In that sense, so solo album of re-imagined songs felt like a good pandemic project to keep me busy.

It was great to look back at 10 years of touring and recording and make space to revisit the craft of playing solo. I realized that after so long of mostly working with a band, it would make sense to strip things back a little bit and listen to old songs with new ears.

As I started to do pre-production, I realized that if a song were a snow covered mountain, and if a performance were a sled, then after all these years of riding down the mountains, I have some very well worn paths down the slopes. The sled can very easily drift into one of those grooves. I was interested in trying to shake up the great snowglobe of my mind, and try to find new ways to get to the bottom.

Ben Caplan: For me, the blocks are the rule, not the exception. I find writing very difficult and I am not a prolific artist. That said, the best way to battle a block is to keep working. Feeling truly inspired is the best mode to write in, but inspiration can be very fickle. It’s best if you are already working when inspiration happens to show up. You can’t wait for it.

Ben Caplan: I used to listen to a lot of jam bands and electric guitars when I was growing up. Then I switched to folky singer songwriters. My taste now is more diverse than ever. I lean pretty heavily into listening to instrumental music, in particular eastern european folk music, but I  am also on a big kick with latin music lately. I also listen to a lot of pop, jazz, and contemporary songwriters. I don’t know if my taste has changed much (except for jam bands… I don’t really love jam bands anymore) but it has certainly become more broad.

FTS: If you had any advice for the younger version of yourself just getting started as a musician, what would it be?

Ben Caplan: I would tell myself, and any other young artist, that nobody owes you anything. I would remind myself that if you want to make a living out of your passion, you do need to turn your passion into a job, and then you have to show up and get to work. It takes a lot of elbow grease and focus, but the rewards are deeply satisfying. I would also tell my younger self to be just as disciplined about scheduling time not to work as scheduling time to work.

Check out Ben Caplan’s latest single from his new album recollection, a re-imagined version of “Down to the River”.