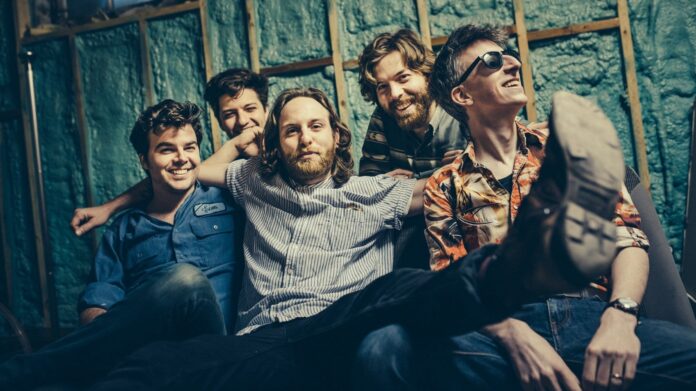 Ever since we first heard “123”, the new single from Toronto indie folk band Union Duke, it’s been stuck in our heads – and that’s a good thing. We caught up with them to learn about their favourite venues, how to choose genres… and whether listening to their music counts as exercise (spoiler alert: it does).

From The Strait: You’ve done a lot of travelling and touring – of all the spots you’ve played, what’s your favourite so far?

Union Duke: Tough to say. I mean, for me, Toronto is home so it’s where I like to throw down but we love making it out to an ocean. PEI is a favourite spot of ours too!

FTS: These days, bands from very different genres cover each other’s songs. Who would you like to hear cover a Union Duke song?

UD: Anyone? Haha –  It’s super flattering to have people cover our music, even just someone strumming a tune at home. It would be cool to hear someone take one of our songs and make it reeaal weird or different somehow. I dunno, I’ve been listening to a lot of Nick Cave recently.

FTS: How would you explain your music to someone who has never heard it before?

UD: I’ve been trying to get in the habit of just saying “alternative” because otherwise it’s a mouth full. High-energy-folk-rock/country/newgrass? Indie-folk-pop? Stoke-folk??!!

FTS: It’s impossible to stay still while listening to 123. Can we count listening to Union Duke as daily exercise?

UD: 9/10 doctors agree that listening to our music will result in rock hard abs and immortality. Absolutely, count it as exercise!

Well, they’ve sold us! Get yer exercise, and check out their latest single, “123”.