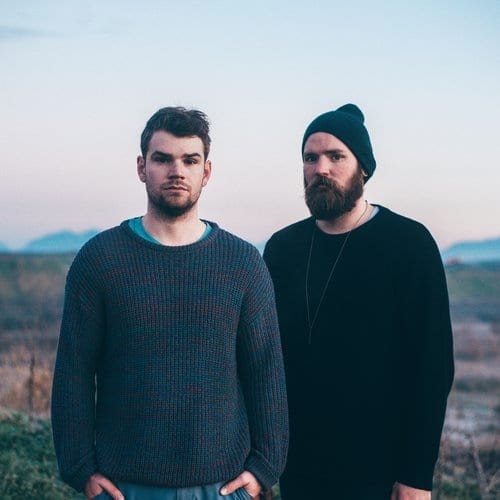 Vancouver duo The Tourist Company are back with a brand new concept album called St. Helens that explores psychological and emotional responses to bad news. An apt first single “Waiting on Bad News” was just released, so we caught up with frontman Taylor Swindells to chat about the music, dream co-headliners , and musical guilty pleasures.

From The Strait: Tell us about your new single, “Waiting On Bad News”.

The Tourist Company: Our new record St. Helens is about processing major events both on a personal and global scale. It uses the eruption of the mountain in 1980 as a metaphor for modern volatility. “Waiting on Bad News” falls into the beginning of that emotional timeline; where it’s obvious something horrible is about to happen, but no one really has any idea when or how bad things are going to get. It’s about a perpetual feeling that so much in life is outside of our control, that at any moment we could look at our phones and something cataclysmically awful could have happened. It’s about trying to maintain some semblance of sanity in a world that seems hellbent on making that pursuit impossible and it admits that it often feels like a loosing battle.

FTS: How would you describe your music to anyone who hasn’t heard it before?

TTC: I’d describe us as essentially an Indie Rock band. We write concept records that blend a myriad of early 2000’s influences that we grew up with into an expression of where we’re at now. More often than not we get compared to Death Cab for Cutie.

FTS: You’ve shared a stage with some fantastic bands – if you could co-headline a show with any other band/artist, who would you choose and why?

TTC: This question brings back all the feels during the COVID era; we’ve been spoiled by the shows we’ve been able to play over the years. Really hope we can get back there again eventually. I’d be thoroughly curious to play a show with Kikagaku Moyo, they’re such a mesmerizing band and crazy talented musicians. They have an ability to make odd time signatures feel natural in a way I aspire too, also if the show was in Japan that would be a huge bonus because I’ve always wanted to play over there.

TTC: My musical guilty pleasure right now would have to be Raffi because my kid makes me to listen to Baby Beluga at least 12 times a day. But also when we play it on the record player I can’t help thinking, “dang this recording sounds impeccable and that clarinet solo in the bridge slaps”. So I think he’s won me over in a way that I’ll never fully recover from.
My other completely not guilty pleasure is that every once in a while I listen to Jimmy Eat World’s “Bleed American” in its entirety and reminisce about what it was like to be a scrawny teenager listening to my iPod while running in gym class.