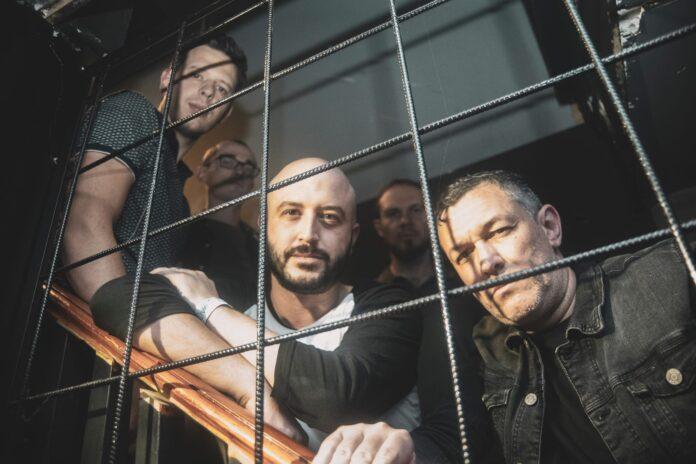 Hailing from the UK, The Midnight Foxes are an alt rock band that got together after answering an online ad looking for musicians that wanted to create an unforgettable live show. Their shows aren’t the only unforgettable thing the band has created, as their songs offer memorable melodies and rock energy to make listeners stand up and take notice. Their latest single, “Running in the Rain”, is an anthemic rock track with powerful vocals and infectious riffs. We caught up with Joseph Fox (surname completely coincidental) of The Midnight Foxes to chat about the new song, their favourite UK acts, and the band’s songwriting process.

From The Strait: Tell us about the new single, “Running in the Rain”.

The Midnight Foxes: The inspiration for our music is from human stories and experiences but this is one of a few that is autobiographical.

It was based on a single event when I was dealing with a bout of anxiety and depression, and so I decided one morning to try and deal with it healthily and go for a jog. Half-way along my route, the heavens opened and matched my general mood with a thunder storm. So, I was literally Running in the Rain. The track itself aims to capture a feeling of catharsis and perseverance rather than tell any specific story.

The Midnight Foxes:  Any band ever – Pink Floyd. We’d rush our set and just go listen.

Any active band – It would be any who would take us out of The Strokes, We Are Scientists or ‘The Mystery Jets. I was listening a lot to their music when the band was formed so we take a lot of inspiration from them and it’s a way to pay it back.

FTS: What are some of your favourite UK acts that should be on our readers’ radar?

The Midnight Foxes: There is no shortage of amazing unsigned acts that we’ve played alongside that have blown our minds. A couple of acts that really stood out are:

‘Psychederek’ an electronic/psychedelic 3-piece act from Manchester who put on an amazing live show.

‘Zetland’ are another three-piece psychedelic act from Liverpool who as a bonus are also thoroughly nice chaps!

The Midnight Foxes: Favourite things: Playing live, meeting new people at shows, that new guitar string feeling and that moment in rehearsal when the whole band nails a new song for the first time.

Least favourite: That first run through when the band tries to play a new song together – Oof!

FTS: All artists (save for the exceptionally lucky ones) experience writer’s block from time to time. How do you battle through a block when song writing?

The Midnight Foxes: While I’m walking about at work, doing house chores, out doing the shopping, or wherever I am, I’ll be quietly humming or singing nonsense sentences. Sometimes you’ll come across a musical phrase or a line of lyrics where you think there is some potential. I record them all on my phone so I don’t forget them. If my phone were ever stolen, the only things they’d find are voice clippings and pictures of my cats – I’m not sure which I’d miss more.

Check out “Running in the Rain”, the latest single from The Midnight Foxes!