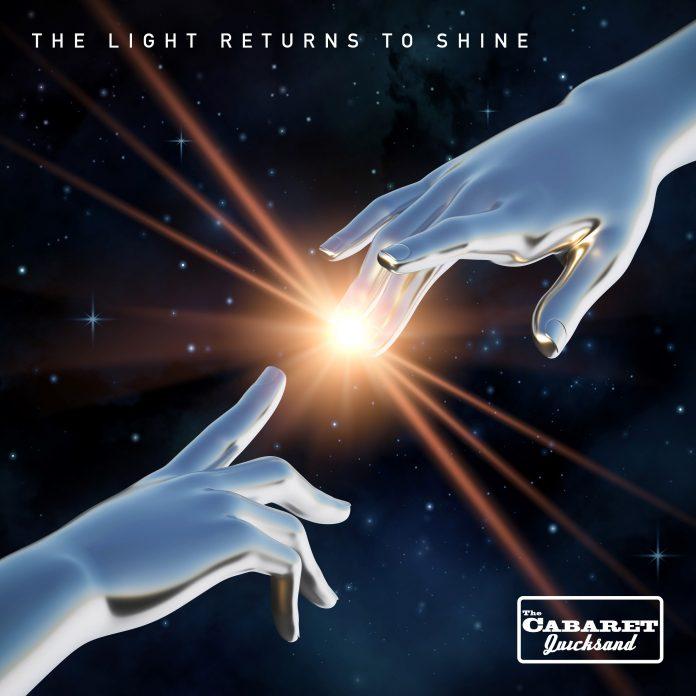 With the release of The Cabaret Quicksand’s brand new single, “The Light Returns to Shine”, we caught up with the man behind the band, Craig Rewbury to chat about the song, his all-time favourite Niagara artists, and the best things about being a musician.

From the Strait: Tell us about the new single, “The Light Returns to Shine”.

Craig Rewbury: It’s a song about the rollercoaster ride of feelings and emotion we’ve had/have or will have during some of these dark days our world has been experiencing lately. The positive is that we’ll get through it and exist stronger than ever.

FTS: What is one album you can’t get enough of right now?

Craig Rewbury: The Wild Feathers “Alvarado”. Each time they release an album, it goes on repeat for a couple of months. The songs are so good. I also tend to revisit what I think are masterpieces periodically and one that has resurfaced from my collection recently is Lover/Fighter Hawksley Workman.  So effing great!!

FTS: You’ve been a longtime member of the Niagara music community – what are some of your all-time favourite local acts?

Craig Rewbury: There’s a plethora of great artists from Niagara. City and Colour, The Mandevilles, Spencer Burton, Daniel Romano, Real Kevin, Phil Wellman, Stellar Ash, Michael Wainwright, MSTH, The Weather Wild, Sleepy Jean, E.P. Lepp, Pseudomythic, Black Flies, Sea of Gold and Burgundy, Mark Lalama are a few off the top of my head. There are probably some other obvious ones I missed-my apologies to them. Technically I could also include Arkells.  I believe the drummer Tim lives in Fort Erie now?

Craig Rewbury: I think it really depends on how writer’s block is defined by an artist.  Is it not being able to come up with anything to write about or is it not being able to finish an idea that’s started? I think if you don’t have anything to write about during these crazy times we’re living in, you are most likely in trouble as an artist.  If you have started something and are stuck on where to go next, that’s completely natural and common.  Sometimes those steps pour out and other times they dry up. A song is hundreds of decisions the creator makes that adds up to one whole bigger thing.  It’s really irrelevant on how you get to the finish line.  I think that’s the most exciting thing about writing.  Ideas of what you can do when experiencing a lack of where to go next (1) Plug in a temporary part to bridge the gap to the place you need to get to for now and worry about fixing the lame part later. (2) Bounce it off a co-writer (3) Revisit it in a fresh state of mind in a day or 2 or even a week.

FTS: What’s your favourite thing about being a musician?

Craig Rewbury: There are no rules other than maybe to play in key but sometimes that’s not even the case. As a writer, when pursuing an idea, my favourite thing is not knowing where it’s going to end up and what it’s going to look like after these concrete decisions are made during the process.  I’ve learned never to assume it’s going to take a certain pathway.  It may take you on a ride you never expected.  That’s exciting!!

Check out the latest single from The Cabaret Quicksand, “The Light Returns to Shine”!