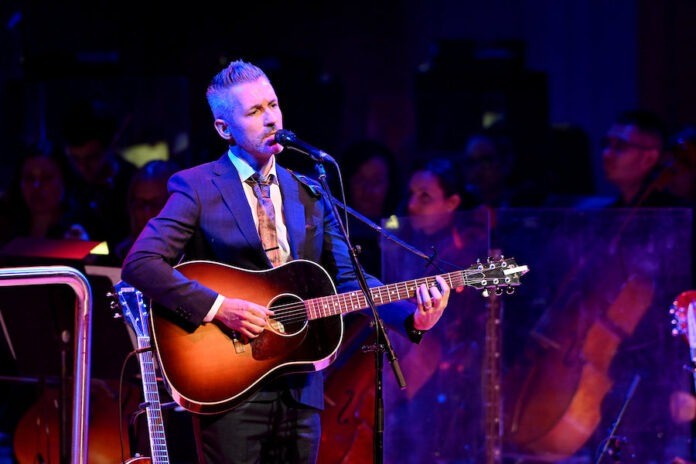 Singer, songwriter, instrumentalist, and producer Royal Wood is no stranger to success – his critically acclaimed music has won multiple awards, been featured on high profile shows, and taken the Canadian artist all over the world. We caught up with Royal Wood to chat about his new single “Say You Will”, what drew him to music, and the albums he can’t get enough of right now.

From The Strait: Tell us about the new song, “Say You Will”.

Royal Wood: I’ve always been drawn to writing and singing love songs. And honestly I’m not embarrassed to admit it either. Love songs make the world go round. “Say You Will” is about choosing to invest in the relationships that mean the most to you and hoping the love you give comes back in equal measure. Sometimes cynicism abounds, and right now we are either sheltered at home with those closest to us or, like many, we are far removed from the ones we hold dear and miss them like crazy. As a result I felt like we needed to celebrate and remember the most important reason we live now more than ever – to love and to be loved. That’s really what inspired the song.

“Say You Will” was recorded quickly on the days that I wrote it. I then sat on it for months, not knowing when or how I would release it – if ever. Sometimes that happens with a song. But then, as time moved on and I was at home with my new family, the lyrics became more and more relevant and connected to the times I was living through. My wife and I had our baby boy, Henry, just as the pandemic hit. Like the rest of the world, we were locked away together at home. Now still in lockdown as I write this, our stay at home life showed me what truly matters in this world. For me, it’s my wife and new child, but for others, it’s relationships with friends and neighbours and even pets. Choosing to love and to accept love is what gets us through these unsettling times. It gives us a sense of purpose. And that’s worth waiting it out for, as far as I’m concerned. This recording is a snapshot reflection of this moment in time.

Royal Wood: My earliest memories are me following an undeniable pull to play music at all times. I think it was because I was surrounded by it from a young age. My father played guitar and harmonica and was always singing his favourite songs. My Mom would dabble at piano playing. I also had 3 older brother’s who were all music fanatics and constantly had music blaring. It’s hard not to be affected by that growing up.

I began piano at the age of 4 by ear, and then quickly learned as many instruments as I could get my hands on. Thankfully my parents enrolled me in music studies, so that I was able to learn the language of music. As a result I can write string arrangements, and chart my music for new musicians that tour with me. I also learned to produce my own music as a result.

FTS: What’s one album that you just can’t get enough of right now?

Royal Wood: That’s a tough call. There is a lot of really amazing music out there right now. But I would say most often I am listening to either Dawes “Good Luck With Whatever” or Bob Dylan’s latest singles “I Contain Multitudes” and “Murder Most Foul”

FTS: You’ve done a lot of touring in your career – is there any one show you’ve played that brings back the fondest memories?

Royal Wood: There are many, many shows that come to mind all over the world. And they all stand out for different reasons. But I would have to say when I finally was able to headline the iconic Massey Hall in Toronto the fondest memories were created. I think I can honestly say I remember every moment of that day. From the feeling of arrival at the meeting place of dreams and reality, to the feeling of celebration and pride with my family, friends and musical team. Oh what a day that was.

FTS: If you could collaborate with any one artist, living or dead, who would that be and why?

Royal Wood: If I could collaborate with any one artist, living or dead, I would have to say it would be Billy Joel. I think we could write a really great piano pop song together. And there’s nothing better to me than that.

Check out Royal Wood’s latest single, “Say You Will”!