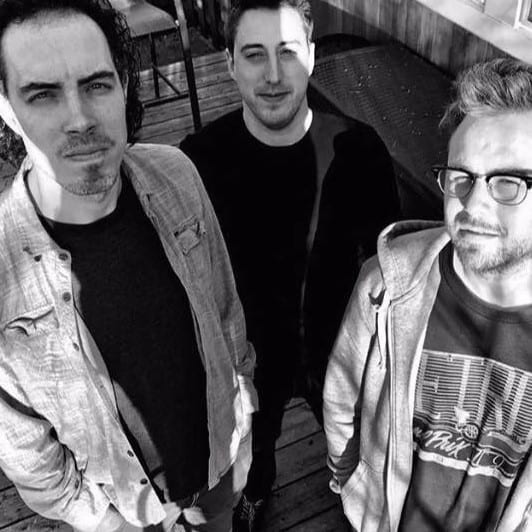 Every once in awhile I come across a band that truly blows me away and makes me an immediate fan – Real Kevin is one of those bands. Hailing from right here in Niagara, the rock trio recently released a double album called Ninety-Four, and a brand new video. We caught up with the band to find out more about the new music, what local bands they’d like to play with, and where the name Real Kevin came from. (You know you were wondering!)

From The Strait: Tell us about the new single, “Tired”.

Real Kevin: Was originally written from the band perspective of those far, overnight gigs where we’re playing in dives and being apart from everyone. But it has a broader meaning of wondering if what you’re doing with your life is truly worth missing out on being home.

We wrote, recorded and produced our new double album “Ninety Four” ourselves.

FTS: Imagine you were selling out stadiums – what would you put on your rider?

FTS: What three bands would you want to play alongside you on a show you were headlining?

Real Kevin: Stellar Ash, Mad Mungus, and Fast Times. We’ve played with all three of these Niagara- based bands before and they’re great.

FTS: How did you come up with the name Real Kevin?

Real Kevin: We used to be called The Steves and discovered that another band had taken that name. While thinking of names that would declare us the “real” Steves, I recalled a story that there were two Kevins in high school, one was an asshole. Instead of calling him “Asshole Kevin”, he was simply spited by calling the nice Kevin, “Real Kevin”

FTS: What’s next for you guys?

Real Kevin: We have a couple more official single releases from our new album “Ninety Four”, we have been performing live stream shows during the pandemic, and look forward to gigging throughout Ontario in safer times.