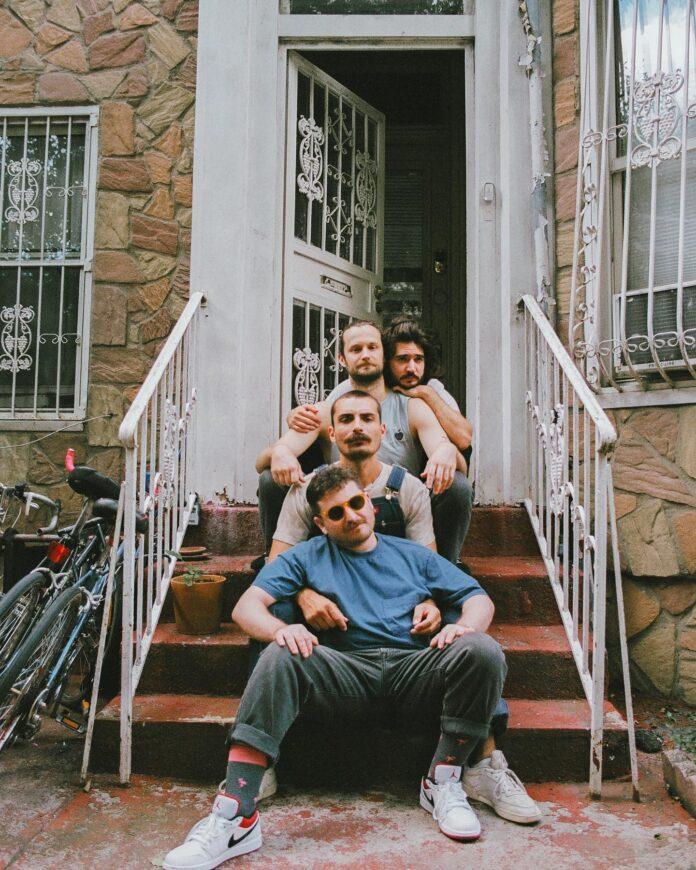 Brooklyn slacker-punk-rock band My Son The Doctor are known for their raucous and raw live shows, and their upcoming music is headed in a direction that captures that sound. Their energetic recent single “MESH” is the lone new track this year, as they focus on touring and recording. We caught up with My Son The Doctor to chat about the song, the bands they’re listening to most, and their non-musical hobbies.

From The Strait: Tell us about the new single, “MESH”.

My Son The Doctor: MESH is a short little baby we made as a band. I suppose it’s part post-punk, part pop-punk, part slacker rock. We’re really thrilled with how it came out…we feel like we’re starting to capture our live sound in recordings. That’s been a big frustration with ours in the past and is something we’re getting better at.

FTS: What bands or artists are you currently listening to most?

My Son The Doctor:  Fontaines D.C., The Peggies, & Gustaf to name a few.

My Son The Doctor: Our egos haven’t gotten too inflamed yet…so I’m not sure there’s much to get blocked. I’m sure that will come with fame and success though. We’ll probably turn to substances at that point.

In terms of writing, we have a number of works in progress going at all times. If we hit a snag with one song we just work on something else for awhile.

My Son The Doctor: You switch from listening to what your parents showed you to finding your own music in adolescence. Like everyone else, The Velvet Underground and Beatles were rad early on. Once we found Pavement, Weezer, Spoon, The Replacements…it was all over. They’re still bands we listen to constantly.

My Son The Doctor: We do a pretty heavy amount of browsing on Facebook marketplace.

Check out “MESH”, the new single from My Son The Doctor!