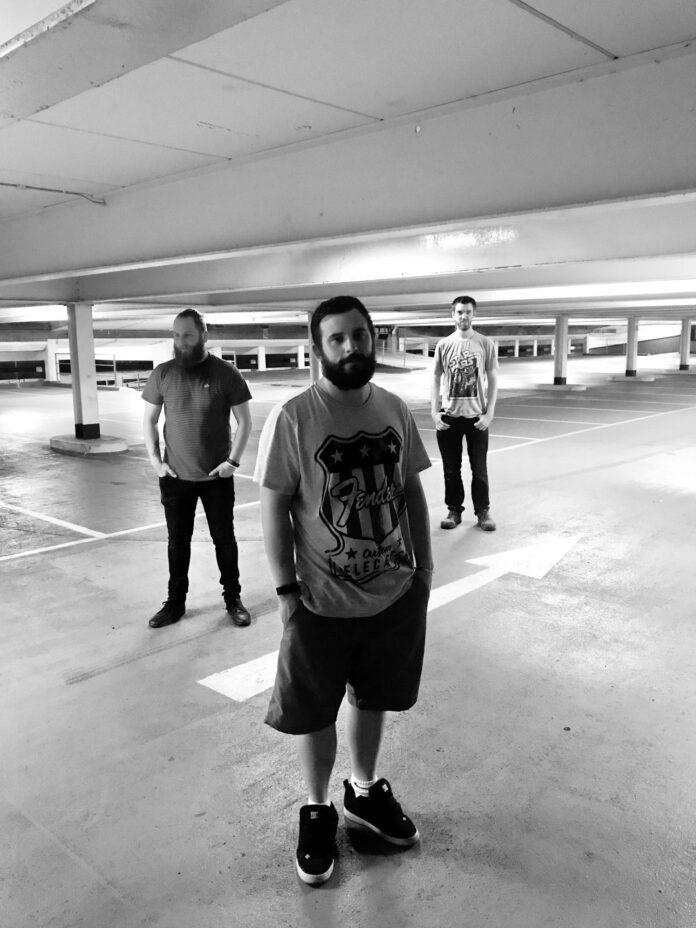 London, UK band My Latest Failure has just released the new single, “Bad Dreams” – a hardcore-tinged punk track with melodic guitar riffs and raw vocals. The intensity and emotion are palpable, fitting for a song about a recurring nightmare. We caught up with Chris Underhill (Vocals/Guitar) to chat about the song, the London-based bands they’re currently listening to, and the coolest show they’ve played.

From The Strait: Tell us about the new single, “Bad Dreams”.

Chris Underhill: Bad Dreams was the first song I wrote for My Latest Failure. At the time I was listening to a band called Brand New, and early versions of Bad Dreams had elements that you could hear their influence come through. I think as we grew as a band, we have developed our own sound which has changed the dynamics of the song and I believe it has made it more powerful.

Bad Dreams itself is about a recurring nightmare. It’s a sad song that throws the listener right into the dream, where you are standing on the edge of a bridge contemplating life and not seeing any other way out.

FTS: You originally recorded “Bad Dreams” for your second EP, but didn’t use it. When you re-visited it for current release, what did you end up changing about the song?

CU: Yes, originally we planned our Failures Vol:2 EP to have 3 tracks including Disappointment, Selfish and Bad Dreams which we recorded with Ross Walker from Sore Teeth. At the time we weren’t happy with Bad Dreams, we felt as if it was missing something and because of this we released Disappointment in November 2019 and Selfish in June 2020 as stand alone singles. We did record (with Monolith Studios in London) and release Failures Vol:2 but with 4 completely different tracks in April 2021, and it wasn’t until we recorded a track for the Pete Drake Project that I decided to revisit Bad Dreams. We were recording something similar to Bad Dreams for the Pete Drake Project and it gave me a burst of ideas and the determination to not let Bad Dream go to waste so I contacted Ross and luckily he was up forwarding on it.

We worked on additional guitars, giving the song more depth. We also layered the original clean vocals with new screamed vocals in the verses as well as re-recording the chorus which helped me get the emotion of the song to a level which I believe to be more impactful.

FTS: What are some London-based bands or artists that should be on our readers’ radar?

CU: Have to start with Essex’s finest, We Punch Tigers. These guys are fantastic, real good fun Punk that cover topics from Costa Coffee to Boris Johnson. A must see live, these guys come fully equipped with beach balls and other inflatables, they are the party staters that will have you singing along and knocking a few drinks back.

Languish. Hardcore/Punk fusion, think Drug Church meets The Cure via Title Fight. We played with them at Blondies in London, such a good band. Live they sound just like their record music, flawless.

Caution Elderly People, these hungry youngsters are blowing people away with their live sets. No recordings yet but they have the recipe to make it big in the Punk scene, can’t wait to see where they go from here.

CU: Listening to Blink-182, Green Day and Sum 41 back in the early 00’s, my mates were in bands and I wanted to get involved. I self taught myself guitar when I was around 16/17 to play Punk Rock songs, Dammit by Blink-182 was the first song I learnt and just went from there.

CU: One of the coolest things to happen at a gig as the crowd singing Voices back to us. We were playing at The Facebar in Reading with The Freudian Session and we asked the crowd to join in and they did. I shouted bang bang and the crowd shouted itchy finger pull the trigger, it as proper surreal but super cool.

Stupidest-thing at a gig was me throwing my guitar, we were playing at the New Cross Inn, London and I was having problems with my lead throughout the show and on our last song I jumped off stage but doing so unplugged my guitar again. I was so annoyed that I messed up our big finish that I threw my guitar back on stage, then booted it. I’m telling you now, it’s not cool, it’s a dick move that I will never live down but at least I can laugh about it now. Kinda.

We actually did a mini documentary series on social media about things like this called the A-Z of Failures. It showcased many stories including the above. The whole series is on YouTube and is worth a watch.

Check out “Bad Dreams”, the new single from My Latest Failure!