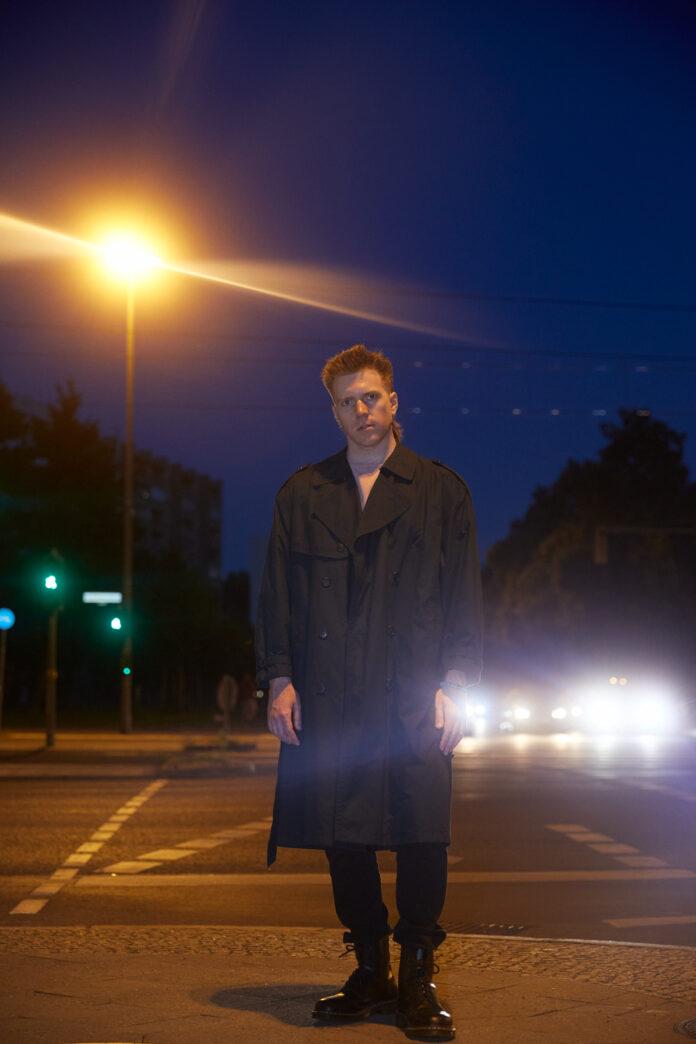 Originally from Nashville and now based in Berlin, multi-instrumentalist Mote creates unique music that blends different styles and defies genre. His latest single “Industrial Love” fuses synth-pop and indie rock with catchy melodies and punk sensibilities in his signature genre-blend. We caught up with Mote to chat about the single, his musical influences, and the music scenes in the places he’s called home.

From The Strait: Tell us about the new single, “Industrial Love”.

Mote: Industrial Love was inspired by my love of post punk and alt pop. I wanted to do something that sounded like Joy Division meets Grimes. That’s how the music started. Then later I was watching a German film called “Symphonie Der Großstadt,” which is more or less a video-collage of Berlin being built up in the 1920’s. I started thinking about how the world we are born into is already so constructed around us, and even if we try to shape it, there is a sort of machine in progress that you have to reconcile yourself with. Then I
thought about how this relates to love and how ultimately love chooses you. I’m not so sure we have much to do with it, even if we think we do.

FTS: Your music fuses many different genres into one unique sound – how do you describe that sound to anyone who hasn’t heard it yet?

Mote: The cool thing about making Mote songs is that the inspiration can come from absolutely anywhere. Somehow when it’s finished, even if it’s different than anything I’ve done before, it still sounds like me. I would describe the work lately as punky electro rock n roll.

FTS: You’re originally from Nashville and are now based out of Berlin – we can only assume the music scenes in each must be completely different. How would you compare them?

Mote:  Yeah, they are. I enjoyed living in Nashville for many years, but I always felt like an alien there. I felt very misunderstood all the time, especially musically. That can be inspiring, but for me, at a certain point, it became limiting. Now I feel like I live in a city full of beautiful aliens, who aren’t really looking to categorize one another. It is such an open place in Berlin. If you’re doing your thing here, people usually dig it. Both are great music cities and are home to amazing artists and players. Berlin is much more of an art culture town, for me now, it’s the perfect place to work.

Mote: The old influences question.. A lot of my old influences are big influences on me still. Looking back many came from my parents, or music teachers, or what was fresh at the time. I think Nirvana are the reason I picked up a guitar and started singing. I really loved the Doors, Miles Davis, Frank Sinatra, Sarah Vaughn, Radiohead, hip hop music like Busta Rhymes, and Biggie, and Neo Soul singers like Jill Scott and Lauryn Hill really spoke to me.

Motown music was a big influence as a little kid. I was just crazy about any great music that I found. I think the thing a lot of my early influences had in common was individuality and timelessness. Those are the kind of traits I find in my newer influences. As I’ve grown lyrics became more important to me. I also just like people that make cutting edge shit. So these days people like Sharon Van Etten, Grimes, Soccer Mommy, Warpaint, and Boy Harsher all come to mind when I think of who get me excited to create lately. I love
finding new music, and even when I dig into music from a hundred years ago or more, there is still so much to discover and learn from.

Mote:  It’s always different, but it always starts with the music first. I could start with a bass line, or synth sound, or chord progression on guitar. Sometimes I start and idea with a tempo and a drum beat. Everything informs the next thing that you do after the initial idea. Once the music is happening and is enough of a statement, then I feel like there is a story I can find in it. For me the music tells the story, and as a lyricist, I have to interpret what the music is putting across. So it’s all about following your instincts and trusting where the music leads you.

Check out “Industrial Love”, the latest single from Mote!