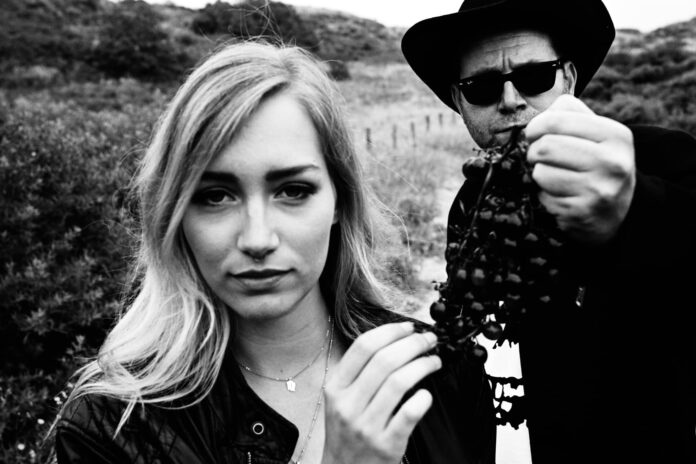 Hailing from the Netherlands, Eruption Artistique is a garage rock band fusing electronic elements with an audible 90s influence. They’ve just released “HI HA”, the compelling, fuzz-filled first single from their upcoming EP, ICON. We caught up with the band to chat about the single and new video, their songwriting process, and what’s coming up next for Eruption Artistique.

From The Strait: Tell us about the new single, “HI HA”.

Eruption Artistique: HI HA is the first single of our forthcoming EP; ICON. We are working on this one for 9 months now, and we think it’s going to be something really special. We are all big fans of ’60 style and ’90 style Rock N’Roll like The Doors, The Kinks, Jefferson Airplane, Oasis, Dandy Warhols etc etc. This song is about human equality. We believe people should party hard, have fun, create beauty, but the most important; respect each other. Equality is the keyword. No one is better… we are all horses

FTS: The single is accompanied by a fantastic black and white video – tell us about the creative process behind it, and what it was like to film.

Eruption Artistique:  The video is shot by our good friend and underground photographer; Jean Paul Gummo. We worked with him before. He is a big fan of Roger Ballen and Harmony Korine. He doesn’t use any apps, or filters. Everything is for real. It is raw and direct. Just like the music.

Eruption Artistique:  I write all my songs on my old Fender acoustic guitar. The songs are inspired by the books I read. I love the books from Burgess, Franzen, Salter, Don Delillo, Mitchell, Verhulst and many more. These books are bringing me to another world…a world where I mostly get the musical ideas presented directly on a plate. It’s magical, It’s like Plato, I really don’t understand how this works. After recording the ideas at home I share it with the other band members. Our brilliant singer Sara is then working on the lyrics. When everything is done I go to studio Charlatan in Rotterdam. There we record the instruments that we can’t play ourselves. The engineer, Emil, mixes and masters the track and… Voila..

Eruption Artistique:  We grew up on ’60 rock. All our parents loved it and played it all the time. Our childhood was mainly ’90 rock (except for Sara she is much younger). Still bands like Oasis and the Warhols are the ones coming out of our stereos. I believe both the ’60 as well as the ’90 were very important in defining rock.

FTS: What’s coming up next for Eruption Artistique?

Eruption Artistique: Our EP; ICON. There will be four tracks. Song number 1 will be a very fast and uplifting Rock/ New wave track called Erupted. The second one is ICON. A song where everything we love will come together. From The Doors to Oasis and Jefferson Airplane to the Gorrilaz. The great White Leslie is number 3, this is a very experimental song. It’s a waltz based on an old poem I wrote when I was a teenager. The last one is HI HA. We are also shooting a video for ICON. You can expect something very very very special. Hopefully it will be finished at the end of summer.

Check out “HI HA”, the latest single from Eruption Artistique!