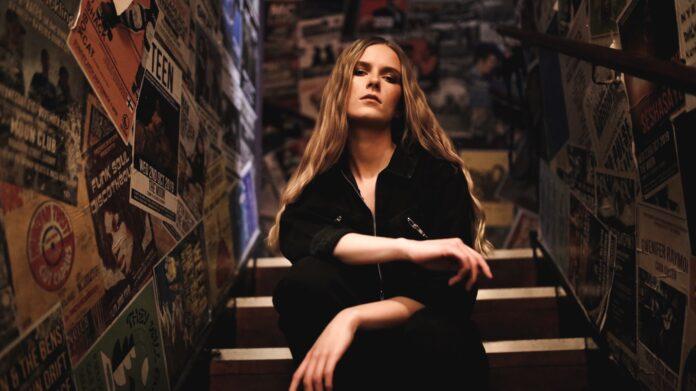 UK-based musician Lissy Taylor has been creating a steady buzz around her compelling brand of indie rock, including radio play, TV appearances, and a headlining tour. She’s just released her new single “Fierce”, an empowering anthem that features powerhouse vocals, infectious guitar riffs, and lyrics that are sure to connect. We caught up with Lissy to chat about the song, how it feels to receive so much support from UK media, and her songwriting process.

From The Strait: Tell us about the new single, “Fierce”.

Lissy Taylor: The main theme of the song is about having grit and determination despite the obstacles that life throws at you, which relates to adding fuel to the fire and being inspired by the idea that belief burns brighter than fear. The title came from a book of poems titled Fierce that were written by women, referencing women in creative industries changing the landscape of what’s been done before. This inspired the song, I started with the title then wanted a big chorus to match it.

FTS: You’ve seen a lot of success in your career so far. Radio play, TV appearances, a headlining tour… how has that felt? What stands out the most for you?

Lissy Taylor: For me the support from BBC Introducing and radio has been great, it feels really encouraging and emotional to receive plays from national radio BBC 2 and also being added to the X-posure playlist on Radio X. The headline tour was a real memorable experience, a highlight from that was Paul Gallagher coming to the London show. Having the TV debut on SKY showcase was honestly really surreal seeing yourself on telly, loved every second of the whole process .

FTS: What are some of your favourite under-the-radar UK bands or artists that our followers should know about?

Lissy Taylor:  I’m never not writing I’m always making notes for new songs. When I write I tend to initially write with acoustic guitar or piano just to get the bare bones of the songs before building it up. Then I might leave it for a few days and go back to it with fresh ears to see if I’m still happy with it.

Lissy Taylor: I used to get nervous when I first started out but I think it just comes with experience like anything else, I feel more excited than anything.

Check out “Fierce”, the new single from Lissy Taylor!