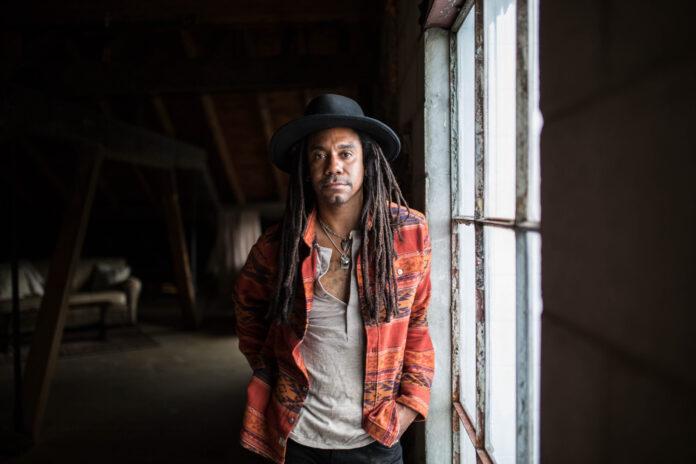 Acclaimed Toronto-based singer-songwriter Julian Taylor has been a staple of the music scene for over two decades, and found worldwide success with his 2020 album, The Ridge. Now, with a message of universal hope and redemption, he’s released a new single, “Wide Awake”. We caught up with Julian to chat about the new song, battling writer’s block, and the importance of moving forward as an artist.

From The Strait: Tell us about the new single, “Wide Awake”.

Julian Taylor: It’s a song about family and about coming of age. I have an enormous amount of gratitude for my sister, my mother and my father. We’ve been through thick and thin together and no matter what’s happened to any of us, we are always there for one another.

Julian Taylor: I think that writers block is a necessary evil. Every time it’s happened to me I panic a little and that anxiety seems to really allow me to do some deep dives into what’s happening to me personally. Those personal deep dives usually extract some kind of emotional energy that eventually translates into artistic expression. In my case it’s usually musical or lyrical and I am grateful for that journey.

FTS: You saw a lot of success with your 2020 album, The Ridge – did you feel pressure to top that release as you were making new music?

Julian Taylor: That record has certainly been my most successful to date and I am honoured and grateful for all it’s recognition. It’s a time capsule just like all the other records that I have released. That’s why they’re called records. All that I have at the end of the day is my intent and my efforts, after that it’s pretty much out of my hands so I try my best to just breathe and let the music speak for itself. Lyrically the new album “Beyond The Reservoir” is my best work and my most poignant statement as an artist. I hope that people will hear that and connect to its beauty. It’s not The Ridge and that’s the point. As an artist I feel like I need to keep moving forward rather than stay stagnant. In fact that’s one of the metaphors behind the albums title.

FTS: What are some under-the-radar Canadian bands that you think our readers should know about?

FTS: If you could collaborate with any other artist or band, who would it be and why?

Check out “Wide Awake”, the new single from Julian Taylor!