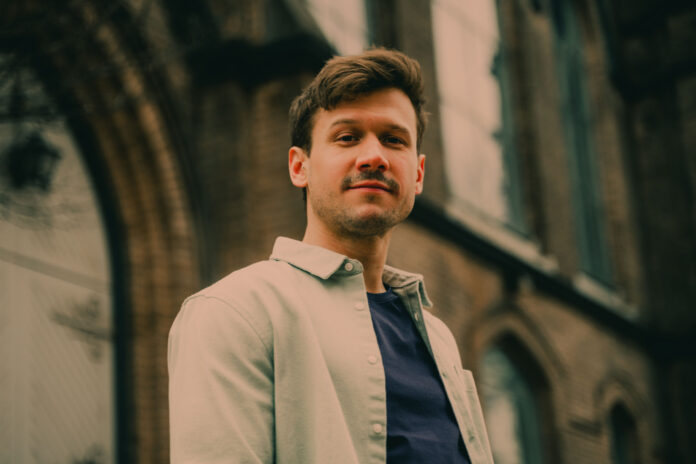 With his latest single, “Northern Lights”, Canadian singer-songwriter Hunter Sheridan is straying from his usual folk sound and leaning into more of an indie pop vibe. For this song, Hunter worked with Toronto producer Yeghia Kibalian to achieve the new style while still staying true to his dynamic acoustic roots. We caught up with Hunter to chat about the song, what first made him want to become a musician, and the artists he’s currently listening to.

From The Strait: Tell us about the new single, “Northern Lights”.

Hunter Sheridan: ‘Northern Lights’ is about looking back on the good times of a previous relationship and wanting to get them back. The song highlights letting go of hard feelings and past arguments to find your way to the beauty that started the romance in the first place.

FTS: What first made you want to become a musician?

Hunter Sheridan: My father, Kent Sheridan, is an active actor and musician who inspired me to take interest in music, which happened initially through playing guitar. From there, I began singing along to songs I enjoyed while trying to get better at playing my favourite riffs. Over 10 years later, I fell in love with writing honest music that I am proud of and excited to share.

Hunter Sheridan: When I first started performing, I was very nervous every time. I think I just played so much over the years to big and very small audiences alike, so I found a space on stage where I felt comfortable because I wanted to share the message of the song and perform it to the best of my ability. I also try to seek out things that make me feel uncomfortable and there’s no better way than to go on stage with a guitar and sing about something that is very personal.

Check out “Northern Lights”, the new single from Hunter Sheridan!