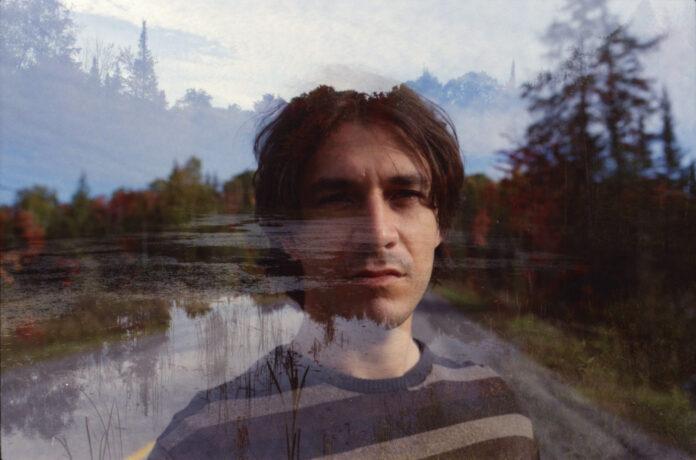 Niagara musician Arih SK has been steadily putting out singles this year, all leading up to his new album Creeping Senescence. With the album’s release earlier this week, including the new single “Never Happen to Me”, we had a chat with Arih about the album, his musical influences, and the first song he learned to play.

From The Strait: Tell us about the new single, “Never Happen to Me”.

Arih SK: I was thinking about Atlas holding up the world. My parents seemed like titans until I got older and saw how hard it was to hold such a heavy thing. Now it’s my turn. I wrote this song while my dad was sick, my best friend was struggling with mental health, and I was getting a crash course in parenthood. I imagined a sort of vacation for us all, somewhere serene and beautiful, but this was pure fantasy. In the real world I have to live with real people and real problems. So I couldn’t stay in the dream, but I’m still torn between running away or accepting the fact that I am getting older, the responsibilities that come along with that, and the long melt of time that will eventually undo everything that I am and everything that I have done.

FTS: “Never Happen to Me” is a single from your brand new album, Creeping Senescence. Tell us a bit about making the album, and what listeners can expect from it.

Arih SK: Creeping Senescence is the slow decay that is inextricably linked to life. If you live long enough, you have to say goodbye to people. You hope they are good goodbyes. Sometimes there is no goodbye at all. We are seldom ready for someone to leave. Most of these songs were written over the last few years when I experienced major losses within my family and also my circle of friends. Some were sudden and unexpected, others more drawn out. Waverly Glen was inspired by a sign in the hospital that said ‘way out’ and I recorded most of the tracks in my basement shortly after the funeral. Sleepiest Spring is a ukulele-based basement recording written during one of the lockdowns. The Known World was a poem that my mom wrote many years ago.

Most of the songs were recorded in a century-old pig-barn turned recording studio in rural St. Catharines. Half the album was recorded and produced by Amanda Parker and the other half by Siegfried Meier. With Amanda, we were able to work on songs piecemeal over many days and tinker and refine as we went. With Siegfried, we had a tiny window of two days to record when he was in the area with ‘The Mix Bus’, which is a mobile recording studio he built into a sprinter van.

Somewhere is the outlier of the group. I recorded the bed tracks for this song over 10 years ago. It’s also really special to me because my very good friend, the late Jordan Rutledge, sang all the backup vocals. He was always so supportive of my music and I miss him so much. It means a lot to me to be able to include him in this album.

FTS: Who would you say has been your biggest musical influence throughout your life?

Arih SK: I’m a bit all over the place when it comes to music. My background is classical violin, but I also grew up listening to a lot of my parents’ music: Neil Young, The Cult, Sinead O’Connor, The Cranberries, and a whole bunch of 80’s one-hit-wonders. When I started writing music, I was really unsure and afraid that the songs were bad (they were) or that I couldn’t sing very well (I couldn’t). Listening to songwriters like Shotgun Jimmie and David Berman (The Silver Jews) gave me a new perspective – and new confidence – and I found I could worry less and just write the songs and perform the songs and not try to be anyone or anything else, and then just keep doing it. Other influences would be Ron Sexsmith and Warren Zevon. Songs should be fun, but lyrics should cut deep. When Zevon found out he had terminal cancer he decided to write one last album. The final track, Keep Me in Your Heart (for a while), is a true masterpiece. I think that was a good way to go out.

FTS: In your opinion, how has your sound evolved since your previous album, Ready?

Arih SK: Ready was mostly about new things and good things interspersed with sadness. Creeping Senescence leans more into the loss and the nostalgia, but this is balanced by a few more upbeat tracks and some bouncy lead synths. There are also a couple songs that are very stripped back.

Do you remember the first song you ever learned to play?

Arih SK: It was probably Twinkle Twinkle Little Star on the violin. I would have been about five or six years old. My best friend was taking violin lessons and then so did I. On guitar, it was probably Blackbird or something like that. I also remember the opening line to one of the first songs I wrote, which was super cheesy: “I am an echo, fading away”.

Check out “Never Happen to Me”, from Arih SK’s new album Creeping Senescence.