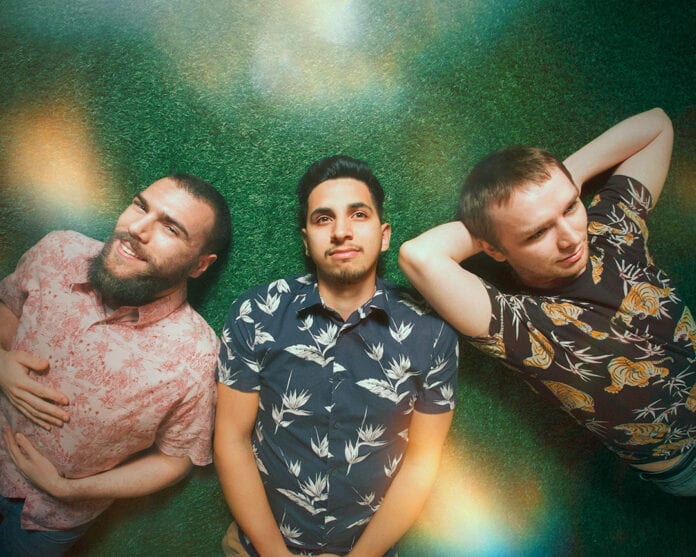 Toronto tech-punk trio Arcane Ghosts are creating their own musical evolution with their recent release, “Butterfly”. We caught up with the band to chat about the song, their musical influences, and their advice for new artists.

From The Strait: Tell us about your new single, “Butterfly”.

Arcane Ghosts: Butterfly is the first song we have released in a couple years since our last EP “Human Interference”. The song brings a new fresh sound that we have been working on over the years. It uses a blend of technical components in instrumental music to spice it up, but also contains those catchy melodies that can get anyone hooked from first listen. The song concept is about how everyone lives their life on different waves. What one person may see, another may not. The lyrics were written to be perceived by each person differently.

Arcane Ghosts: When I was growing up the wave of Nu Metal was huge. Bands like Linkin Park, Papa Roach, Limp Bizkit and Korn were ruling radio and Much Music. Chester from Linkin park used to be such a huge musical influence for me as a kid. The sound of his vocals were so distinct and unique. I always found myself as a kid humming their melodies and for a 10 year old kid to have anything implanted in their brain means it was a downright catchy melody. Over the years my musical influences have changed significantly due to my technical loving ear. There is something about technical music that strikes me. The blend of many different sounds and noises to create one finished solid sounding project is just so infectious to me.

My biggest musical influence currently is Will Swan from Dance Gavin Dance. The way that this man can incorporate so many different sounds and tones into one song is like no other. The two influences differ because when I was younger I was so focused on only the singing portion of being a musician. Since then, I learned that it is much more than just a good melody, but also how you can back it up with a proper infectious instrumental that assists your infectious melody.

FTS: How would you describe your sound to someone who has never heard you before?

Arcane Ghosts: I would describe our sound as a mix between Sum 41 and Billy talent for the Canadians out there. If I had to choose some American bands that our sound is close to, I’d say Mayday Parade meets Two Door Cinema Club. I guarantee the music will hook you in just give it 3 or 4 listens to really hear all the fun little different sounds we have added in.

FTS: What advice do you have for new musicians just getting started?

Arcane Ghosts: The best advice we could give to new bands/musicians is don’t expect to become rockstars. Just have fun with it, and don’t think about too much. If you do have professional aspirations, don’t set your expectations too high either. It takes lots of time to build an audience of any size, and it’s going to be a real drag if you don’t enjoy the journey it takes to get there. Write some songs, write some more songs, and have fun… There’s going to be some shows that suck, and some shows that are awesome. The point is, turn off your brain and start playing what you want to play.

FTS: What other artist or band would you like to collaborate with?

Arcane Ghosts: The first few bands that immediately come to mind are Dance Gavin Dance and PUP. We’ve seen both live before, and they are both crazy good.

I’d love to work with The Dirty Nil. One time I walked by them after a show, so you could say I’m practically friends with them now, still weird they haven’t returned my calls though….