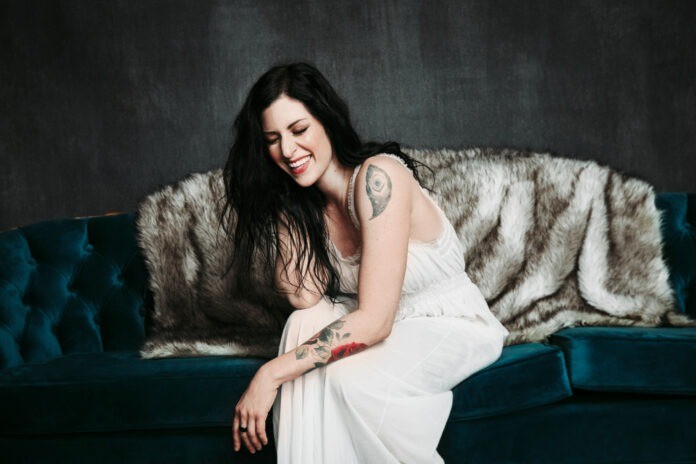 Singer-songwriter Andrea Ramolo is set to release her seventh studio album this October. Quarantine Dream is about breaking up with the lives we knew as a result of the pandemic – it includes the latest single, “Italian Summer”, which evokes feelings of hope and joy. We caught up with Andrea to chat about the new music, the process of creating an album with mostly female collaborators, and what her plans are as the world opens back up again.

From The Strait: Tell us about the new single, “Italian Summer”.

Andrea Ramolo: Like many of the songs off the new record Quarantine Dream about the dreams that either kept me awake or kept me alive during the pandemic, Italian Summer is the latter. It’s a daydream escape so to speak across the ocean to one of my favourite places.  I’m the daughter of two Italian immigrants and their homeland has always revitalized me and cured me of heartbreak or helped me through pivotal and challenging moments in my life.  And because I couldn’t get there physically, I travelled to Italy in my mind and wrote myself an Italian Summer.  These natural pleasures and pastimes of being immersed in the sea and feeling young and free were sort of stripped from most of us over the past few years.  I wanted to dream up some joy… to feel some hope… and that’s what this song is about. It’s an invitation to my listeners to join me on this little escape and remember what it’s like to feel vibrant and carefree and alive. It’s one of the few songs I’ve written myself that I just can’t get out of my head.  And it always makes me smile and dance of course.

Andrea Ramolo: I grew up as a dancer and really got schooled in music simply by being exposed to such a great and diverse repertoire as through dance when I was really quite young.  I think all those songs are still in my body and eventually when my mom was fighting stage 3 breast cancer when I was 23 years old, I picked up this old guitar my dad had in the basement from the 60’s and started teaching myself how to play.  I needed to do that mostly to keep my mind occupied because I was terrified of losing my mother and so I immersed myself in learning this new skill.  So I started all this quite a bit later in life but I wrote a bunch of songs that I needed to get out of me apparently and then one thing led to another and I was on the road with my first record Thank You For The Ride a few years after that.  I ended up living in my van for 3 years and booking myself as many shows across North America as I could to pay my dues and give myself a sort of musical boot camp and was it ever a fascinating way to live and to see North America.  I’ve met such incredible humans along the way and I wouldn’t trade this life for anything.

FTS: It’s no secret that the music-industry has been and continues to be a male-dominated world. Your upcoming album, Quarantine Dream, features mostly female collaborators and creatives. Tell us a bit about that process.

Andrea Ramolo: I actually began this process with a male producer/engineer and that didn’t work out and when I was left to evolve the project forward into a plan B I decided to do the work and to look into hiring women.  I’ve been a fan of musician and producer Sarah MacDougall for a while now and our friendship was building simultaneously so I turned to her and she was totally on board to produce and engineer and even mix the record.  So that was really exciting.  And then I just did my research and spent more time than I normally have in the past asking around for women to fulfill the many creative roles that this project called for.  Elisa Pangsaeng in Vancouver is really cool and mastered my record.  Kinnie Starr who I love co-wrote a song and is featured on the record as is Madison Violet and Kathryn Calder from The New Pornographers. Just a beautiful group of powerful friends who are women. And then of course Beth my main publicist and Tyler my marketing director and Nikki Ormerod who directed the epic video for Dust.  Then there’s Joanna Glezakos who directed the uber fun and playful video for Italian Summer.  And there’s Emilee Ann Pitawanakwat – a beautiful 8 year old child that I’ve fallen in love with and asked her to not only star in the next video for the next single Free (featuring Kinnie Starr) but also to contribute as a director alongside Kinnie and myself.  We need to create more spaces for women in this industry because we are skilled and strong and talented and people have simply continued to operate on auto pilot, hiring the males they know that their friends worked with, etc… But we also need to start listening to our children more.  I’m an educator so I work in the schools and I’m always blown away by the true life force that exists in children and if they are given the opportunity, they will lead and they have a lot to teach us.  So yes.. I think the industry is so over saturated with male players and male producers and male managers and booking agents and the works and they’re so easy to find and to contact and to hire and to work with… because there are just so many of them.  I wanted to make an extra effort to not hire an all male production… and only males in leadership roles.  We really need to put the effort in to start shifting the structures that have become the norm. I love my team. The women that have contributed to this project are incredible and have inspired me.  There are many more.

Andrea Ramolo: Well my producer and friend Sarah and I were both whole-heartedly obsessed with Janis Joplin.  We both had the box set. I knew every lyric and every note from beginning to end.  I loved her passion and unabashed way of delivering herself to a crowd. She’s the one who made me want to sing my heart out.  I’ve loved Nina Simone and Radiohead and Emmy-Lou Harris and Fleetwood Mac.  Nowadays, I tend to want to explore new music more so and there is so much of it  I like listening to friends who inspire me musically – Madison Violet, Leela Gilday, Kinnie Starr. I really love Sharon Van Etten’s stuff and Julia Jacklin and Lisa Hannigan.  I listen to a lot of women.

FTS: Now that our corner of the world is starting to open up again, what’s next for you after your new album is out?

Andrea Ramolo: Well it’s a strange time because in the past I probably would have already booked a full cross-Canada tour and already started booking some shows over in Europe.  I guess I’m still a bit hesitant as to whether or not this flow of opening and actually being out in public is here to stay.  I sure hope it is. I’m presently putting feelers out for a Toronto show and a few others in and around Ottawa and Montreal and maybe even London.  I’d love to get to Halifax because they’ve always been so good to me and Calgary and Vancouver too.  I mean I’d love to do it all.  I think like everyone in our industry, I have this very recent memory of having to cancel a handful of shows and tours and I just hope we can start moving and shaking like we used to.